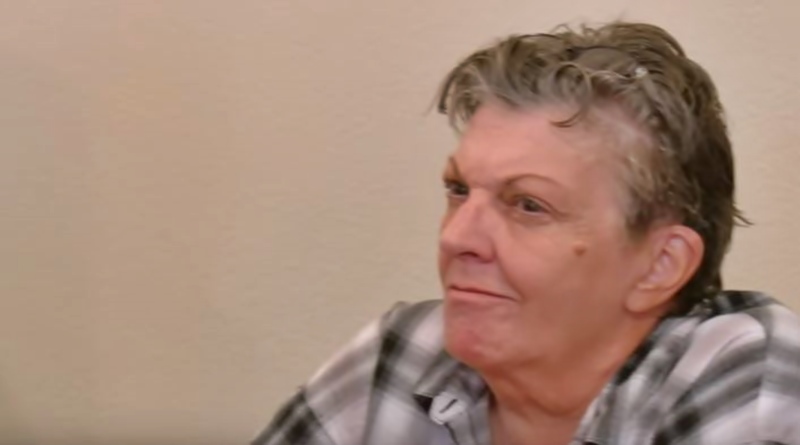 90 Day Fiance: Happily Ever After Tell-All revealed a lot more about Debbie’s involvement in the court trials. Both Larissa and Colt claimed the other texted each other about still loving each other. It seemed odd that Larissa claimed to Carmen that Colt was texting her about love. In fact, she mentioned she blocked him. Meanwhile, Colt said to his mom Debbie that Larissa was the one who texted him. Of course, Debbie grew furious as Colt really was not keen to testify against Larissa. In fact, it seemed Debbie’s the one who wanted her gone, rather than Colt.

Throughout the series, fans felt that Debbie mothered Colt too much. Over time, it became more and more obvious that Larissa was stuck at home. Cooped up with a mother-in-law who clearly did not want her married to her son must have been terrible. That certainly didn’t seem to be the life Larissa hoped for when she married Colt. We saw Colt come home and straight away get confronted to sort out his mother.

As fans know, Larissa left and went to stay with her friend in Las Vegas. There, she faced the issue of a court case for domestic violence that could see her deported, or jailed. While Colt felt reluctant to testify, Debbie was determined. In fact, she told Colt that she would testify with or without him. In the end, the lawyer got the case delayed while they looked for a lesser plea charge. 90 Day Fiance mom Debbie was furious. She complained non-stop about how she wanted Larissa out the country and out of Colt’s life.

Colt pushed to testify, divorce was not enough for Debbie

Several times in the Tell-All we heard that Colt still has some feelings for Larissa, though he had not seen her for months. He did say he heard she moved on with a new relationship. But, he did feel some responsibility for her and did not want to destroy her. However, Debbie was all out on a revenge mission. No way was she going to stand for Larissa even being in America, a new man or not.

Well, by the time 90 Day Fiance Tell-All came around, Colt got pretty aggressive with everyone on the set. That included Chantel and Ashley, Jay and more. However, fans noted he stayed clear of baiting Andrei. Andrei’s not the kind of guy to take drama. More likely, Colt would just end up in a physical confrontation. No, we just don’t see Colt going for that. After all, he reported Larissa three times for domestic violence. Maybe at Debbie’s urging, but we never really saw Colt looking battered and bruised.

Not content with the fact that Larissa went off and found a nice man like new boyfriend Eric, Debbie still pushes for deportation. It’s become very obvious that with Debbie so involved in the marriage that no way was it ever going to work. Colt might still have feelings for Larissa, but Larissa’s moved on. The chances of her voluntarily moving back in with Debbie – ever- are extremely remote. One wonders why Debbie won’t just let it go. The couple is divorced. They both moved on. Maybe Debbie just can’t stand the thought of anyone loving her son apart from her.

What do you think about Debbie who seems far more against Larissa than Colt? Do you think she wanted Larissa gone more than Colt did? Will Debbie ever let Colt marry again? Sound off your thoughts in the comments below.