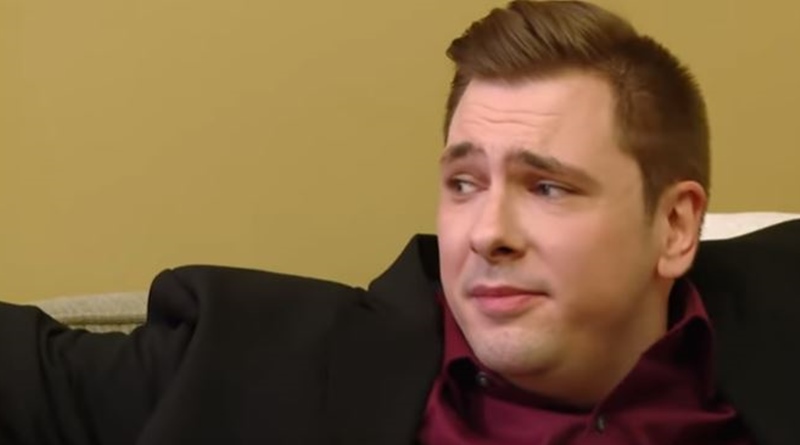 90 Day Fiance: Happily Ever After? Tell-All Part 1 saw Colt rather aggressive. In fact, we really saw a side to him we may have missed during his and Larissa’s disaster marriage. While Larissa couldn’t make it to the filming, she did appear on-screen. As she explained, it was court day for her and she waited uneasily for her lawyer to get back to her on the outcome. But, the rather pompous and aggressive Colt freaked when her new boyfriend crashed the scene. Who is this new man?

90 Day Fiance: Happily Ever After? Larissa’s new man to stands by her, Colt gets aggressive

Something about Colt grabbed the attention of fans in this episode. Over on Twitter, quite a few people commented on him. @nsmbu wrote, “This proves that Coltee is a psychopath. Not Larissa. He is seriously scary.” Others agreed, noting, “I am right there with you guys!!! Something is way wrong with him!” @NJMRS1 noted that “Coltee gets significantly heavier every episode.” And yes, he went into the episode with a “heavy attitude.” In fact, he even told Chantel to “shut the f*ck up.” Colt wasn’t getting along with the other cast members at all.

In fact, he got straight into Larissa’s face, and she said, “don’t try and play the victimee.” Actually, Larissa seemed composed and quiet, rather than the wild child we saw during the 90 Day Fiance: Happily Ever After? season. But the aggression really came from Colt when her new boyfriend pitched on the scene. During the episode, boyfriend Eric suddenly appeared on the chair next to Larissa, and Colt went ballistic. “Who the f*ck are you?! Get the f*ck off the screen,” Colt yelled at the video conference. He also added, “You’re not part of this dude, get the f*ck off!”

Coming in hot! No one's holding back on the #90DayFiance: Happily Ever After tell-all. Tune in TONIGHT at 8/7c and see what happens. pic.twitter.com/bEbgvhda0w

Eric, Larissa’s new boyfriend seems polite, polished and quiet. But, he’s not a feeble butterfly. Eric said to him that Colt should “face the fact” that their relationship never “worked.” And the fact that Colt said he was not “part of this,” never shook him either. Cooly, he just replied, ” Looks like I am.” Well, it’s rather nice to see Larissa getting some back up against Colt on 90 Day Fiance.

Larissa, slow to introduce her new man, let it slip on her Instagram that she was dating. However, she never rushed to reveal exactly who he was. TV Shows Ace reported back in May, “According to Larissa’s Instagram account, she has a new boyfriend, Eric. She has been posting pictures of him for the past couple of months.” Since then we saw more photos and learned a bit more about him.

What we know about Eric, Larissa’s new man

On her Instagram, fans learned that the couple met via the Tinder Dating App. However, he only made his first appearance when Larissa held her divorce party. It was InTouch Weekly who revealed his surname is Nichols. Reality TV World revealed more info dug up by tabloid sleuths. These include:

Other info about the new man in 90 Day Fiance‘s’ Larissa Lima’s life comes from her Instagram. She posts photos of them out and about. Fans like it that six months after the divorce, the drama fell away, and guess what? No arrests. It seems that Eric knows how to treat a woman, and they look very happy together. People speculate he has a lot of money but we don’t really know that. When people pushed Larissa for more info on whether they planned to get married, she replied they’ll take it slowly.

Back then, she said, “We will making like three months of dating so it’s too soon to marry, living together, we are happy…One day, Erikee will meet my family.” She also said that being with Eric’s a “very different place” from her life with Colt and Debbie.

Remember to check back with TV Shows Ace often for more new about 90 Day Fiance: Happily Ever?