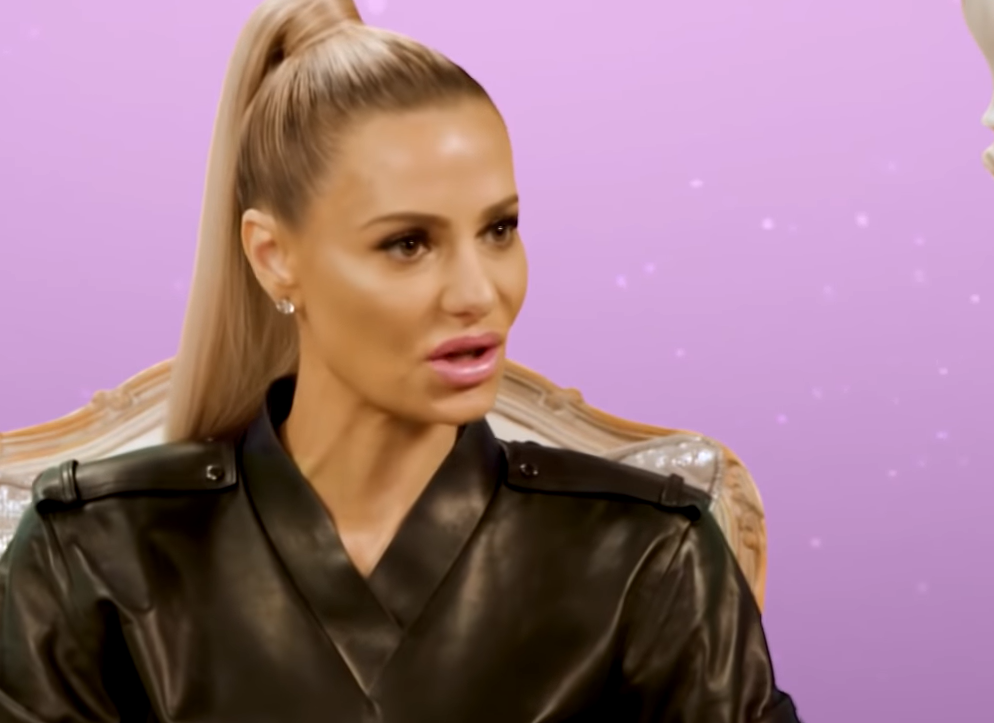 TV Shows Ace recently reported on the lawsuit Dorit Kemsley from RHOBH and her husband were facing over her bathing suit line. It seems their money troubles run deeper than just one lawsuit.

This is an ongoing point of contention with her co-star Camille Grammer, because she said Dorit’s husband owed a friend of hers a lot of money during filming. Dorit Kemsley fired back in her confessional that Grammer doesn’t know what she’s talking about.

When your accounts are supposedly frozen …. you have to “let it go” 😂 😂#rhobh

Cheat Sheet states the reason the bank accounts were frozen wasn’t from that case. The bathing suit lawsuit is a separate court case. This is from a loan PK supposedly took out from someone named Nico Kirzis. The loan was over a million and has not been paid in full plus is gaining interest.

The article goes on to say the lawsuit started in 2016 and payments began, but have since fallen off. This is what caused the judge to freeze their accounts. This includes Dorit Kemsley’s included even though she stated the money in one of their accounts is all hers.

In way of addressing their frozen accounts a post on Reality Blurb said PK took to Instagram and said he was making like Elsa. “When your accounts are supposedly frozen… you have to let it go.” The strange joke that his wife put a laughing emoji on was accompanied by a picture of the Frozen character.

The new case will be heard in September and that seems like a long time to be without bank accounts. Dorit Kemsley said at one of the RHOBH After Shows, “there’s a lot going on and no one knows the whole story. I can’t talk about it because of legal issues.”

The RHOBH Star Still Went All Out For Her Birthday

An article on The Blast says Dorit Kemsley didn’t care that they were having money issues.

She did what she wanted for her forty-third birthday. PK and some of their friends had dinner at the Beverly Hills Hotel. She was dressed to the nines with hair and makeup all done to ring in the night.

A friend’s Instagram showed a picture of her with an expensive new car stating, “now, that’s a birthday present.”

Time will tell if this birthday was a last hurrah for the star for a little while or if their accounts are going to be fine. We’ll be waiting until September. Make sure you don’t miss The Real Housewives of Beverly Hills on Tuesday nights on Bravo.