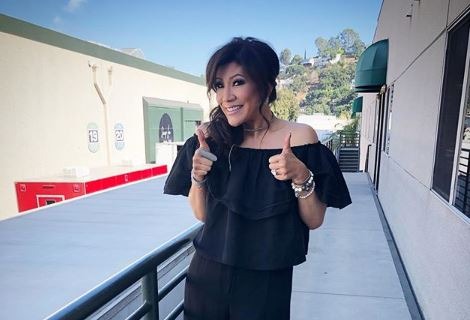 Things are getting dramatic and romantic in the Big Brother 21 house. Castmates have been swapping partners like it’s Love Island, and we’ve got the scoop on who’s hooking up with whom.

In the house, Jackson and Kat were hot and heavy. This didn’t last as long as everyone expected though.

Jackson told Analyse that Kat's the first person he's had sex with without ever kissing
-(that's like a reverse kiss 'n tell?)
-Analyse said at least it was before the live feeds came on
-Jackson: "and they can't air it"
-Analyse: "well, yours"

However, the last episode the world watched as Jackson broke up with Kat. Jackson cited Kat’s paranoia and the impact of their relationship on his game as reasons for the split. But live feed watchers know the real reason Jackson called it quits with Kat, and it’s because of fellow cast mate, Holly.

Kat DR- I'm sorry I annoyed you (Jackson) with my friendship. I'm sorry I'm not good enough for you or your game that you are sucking at. You are not that big of a deal here or in the real world. Dont call me after the show, because I wont answer. I'm not into you #BB21

While Jackson showmanced with Kat, live feed viewers noticed that a love triangle formed between Kat, Jackson, and Holly. Because things heated up with Holly, Jackson dumped Kat.

To her credit, Holly spoke to Kat about her ending relationship with Jackson. Kat gave her blessing for Holly to pursue things with Jackson.

Holly- Not that anything has even happened with Jackson, not that I plan on anything even happening with Jackson, I just love spending time with him. I wanted to touch base and see… Kat- Dude, I dont fucking care. Do it #BB21

Holly- I felt weird even having him (Jackson) laying in my bed cause I hadnt touched base yet. Kat- I have so many guy friends that do the same thing. I really dont care. In the BB house, he is really cute. Outside, he is not my type #BB21

Jackson and Holly are now a couple, but occasionally talk smack about Kat behind her back. So a new showmance is in the Big Brother 21 house.

Holly told Kat she & Jackson have done nothing, and she thought when he got hurt it'd take the focus off her but it did the opposite, she thinks others think she's a game threat.. and she said Jack/Analyse are over pic.twitter.com/eEshCgl8ni

Analyse dished to the girls about the encounter after the fact, leaving little doubt as to what went down between them. They are getting pretty frisky in the Big Brother 21 house.

Analyse kiss and tell, to Christie and Holly –
Christie: "I did not expect that!"
Analyse: "his dick is huge! I've never experienced something that big" pic.twitter.com/icY6068QGx

When Jack shared what happened with Nick (who had appeared interested in Analyse in the past) Nick shared that he and Bella had a similar experience the same night.

Nick- Everyone kind of knows that me and Bella are fucking around. Jack- Come HoH, that shower is going to be broke. Nick- I dont need a shower. We will talk next time feeds are off. Jack- I'm with you #BB21

Nick- I dont know what happened last night. Jack- I just took a shower. Nick- We both released on Day 18. I sure as hell did. Jack- Yeah, I thought I was going to die. Nick- It was kind of obvious and it wasnt very long. It was like 45 seconds #BB21

Nick and Bella made little secret about their romance after the fact.

Nick: "don't move or I'll have to say baseball" pic.twitter.com/hmTdT8AA57

The word about Analyse and Jack spread throughout the house, mostly due to rumors perpetuated by Christie. However, Nick ended up taking the fall for the gossip, and speculation arose that Nick talked smack about the couple due to his crush on Analyse.

Kemi to Bella- It's so interesting that the showmances at the beginning of the season were Christie and Jack, and Kat and Jackson, and now it's the twins that have taken over the showmances #BB21

Jack- This conversation is really difficult for me. I dont want you to feel like people are talking about you talking about me. The people who have mentioned something were like "you stayed with Sis last night?". Nick- I didnt say anything about that #BB21

Analyse- At the end of the day, people need to worry about themselves and who they are sleeping with, and I will worry about myself and who I want to fucking sleep with. I'm 22 years old. I can sleep with whoever the fuck I want…to go to bed with #BB21 pic.twitter.com/3YvH2XsDaU

As a result, Jack spoke with Analyse, stating that they needed to take a step back in their relationship. Many would assume that Jack tried to minimize their target as a couple in the house. Jack had an ulterior motive for cooling things down with Analyse.

Jack's meeting with Analyse: "I need to know I can trust you," and "I need you to have my back," and Nick gossiping about the two of them – "we can't have that" b/c it puts a target on each of their backs

When Jack entered his HOH room, he was upset to find that his ex-girlfriend had not written him a letter. According to Jack, his ex is “his rock” outside of the house and the two remain close. Fans noticed that the ex in question looks remarkably similar to Christie.

Christie to Sam- He (Jack) straight up told me his HoH letter was from a random guy at work. The reason he was crying was cause it wasnt from his ex-girlfriend. Not one single family member has a release. There was no pictures of anyone but his dog #BB21

Quickly, Jack’s relationship with Christie heated up. Jack revealed that he would break up with Analyse for the chance to be with Christie. On the other hand, Christie is a lesbian and claims to have little interest in Jack. Nonetheless, she helped him plan on how to break up with the unknowing Analyse.

Jack- I want you to be honest with me. Christie- You dont owe me any kind of explanation…but go ahead. Jack- If it makes you feel more comfortable from a trust standpoint that I dont pursue anything with Sis, I respect it and I wont. That's how much I trust you #BB21

Jack- I cant measure the amount of care I have for you compared to anyone in this house. Christie- Same. I almost look up to you in a way #BB21

Jack- Last night was more than I anticipated. I'm kind of like I didnt want that much. Christie- Well now that it happened… Jack- I know. I have got to figure my stuff out. Dont judge me, America. Christie- No one will. I doubt that will make it to air #BB21

Jack to Christie- I dont connect with her (Analyse) the way that I connect with you, and that drives me nuts the fact that it's physical and stuff #BB21

Christie to Jack- I hate even saying it, cause I love her (Analyse) so much. She is the most beautiful thing ever but there is not a ton of depth that you have been able to see there #BB21

Jack- Fucking pink outfit (Analyse's) drives me nuts. Why dont you wear stuff like that more often? Christie- Cause I'm not playing this game with my body. I'm playing it with my brain, my heart and my soul #BB21

Christie- It's funny because the boys actually all still flirt with me. Jack- I am fucking crazy about you #BB21

Jack to Christie- The thing with Sis is she is going to catch on that I'm not so connected to her. I dont feel it #BB21

Jack: "say the word and I'll drop everything in this world, k?"
Christie: "I know, I know … love you"
Jack: "more .. most" pic.twitter.com/D1thbDWydG

Jack- I will just be like "I dont think it's good for both of our games". Christie- I actually know that you are sincere when you say that. I love watching that happen. I would never want you to not enter into something like that #BB21

After a while, Analyse noticed Christie and Jack’s closeness, confronting her about it in the bathroom. As they spoke, Analyse revealed that Jack’s behavior toward her makes her feel “used” and “like an idiot”. Christie reassured Analyse that she has no interest in Jack.

Christie to Analyse- I like girls. Even if I were to get carelessly wrapped up in something stupid, I dont want to do that and God forbid we get out of the house and he (Jack) actually had feelings #BB21

Christie- Whenever I go up and use his (Jack's) shower, he will follow me up. Analyse- It makes me very insecure. I know it's never you. It's always him #BB21

Christie- I do not have romantic feelings for him (Jack). I promote the two of you hardcore. I want it to be mutual that there is nothing but I dont know if it is on his end. Analyse- What does he do? I feel so fucking stupid #BB21

Analyse confiding to Christie, about Jack: "it just makes me feel like I'm just like here for him, to have fun" but she doesn't want to say anything to him b/c it's not a big thing, she doesn't want him to think it is pic.twitter.com/5XLCwylw14

While Jack was plotting to end things with Analyse, he continued to express his affection.

I thought Jack was ready to friend-zone Sis? 🤔 He was crying about his ex this morning and Sis said like an hour ago that being connected w/ Jack is bad for her game 🤣 #bb21 pic.twitter.com/3yShOKTPRA

Jack broke up with Analyse yesterday.

Post break up, Nick has openly flirted with Analyse in front of Bella. Fans jumped on the newly emerging love triangle.

Nick scritching Analyse's hair: "I hope you know I'm doing this for myself, not for you" #Deathrace2019 kinda ¯_(ツ)_/¯ pic.twitter.com/SWgp5gOOsI

Others in the house also picked up on Nick’s crush.

Tommy to Analyse- He (Nick) is jealous that you are sleeping in his (Jack's) bed, so he wants to break you guys up cause he has a crush on you #BB21 pic.twitter.com/ObufyBYMH5

Time will tell if there will be yet another partner swap in the house. It is kind of hard to keep up with all of the showmances going on right now on Big Brother 21.