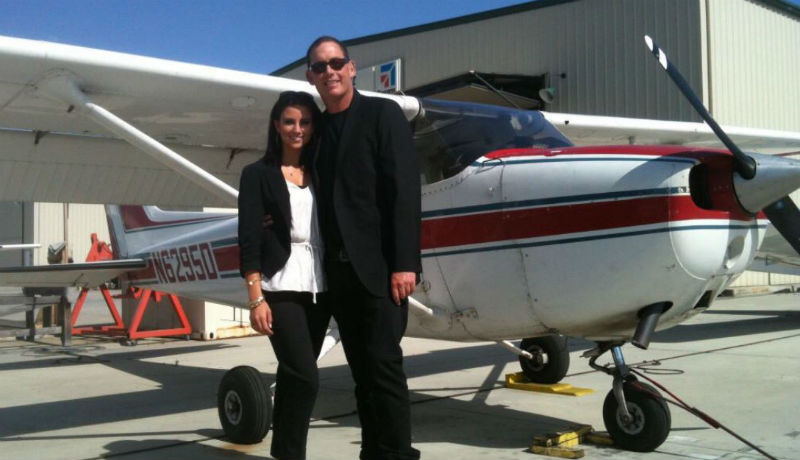 The man behind The Bachelor will soon be looking for love himself. News broke today that Bachelor creator Mike Fleiss has filed for divorce from his wife.  Fleiss is divorcing Laura Kaeppeler. The now separated couple just celebrated their five year anniversary in April.

What a beautiful night. Congrats Laura & Mike! Love you guys honored to be there @fleissmeister

People shared details about the couple saying Fleiss, 55, filed for divorce Wednesday and listed the reason as irreconcilable differences. It looks like Fleiss will be a Bachelor once again. The couple shares a 4-year-old son, Benajamin. Fleiss will be seeking joint legal and physical custody of their son.

According to the court filing, the two separated July 7. The documents also revealed Fleiss and 31-year-old Kaeppeler had signed a prenuptial agreement prior to their 2014 wedding. According to the agreement Fleiss will be paying spousal and child support when their divorce is final.

Lucky for Mike he had a prenup signed with Laura. Reports from TMZ show that Fleiss is worth nearly $100 million. He alone reportedly made $25 million last year. While certain specifications were outlined in their prenup, Fleiss will be keeping the majority of his fortune.

A look back at their wedding officiated by Bachelor host

Mike and Laura said their wedding vows at Fleiss’ Malibu home in April 2014. The ceremony was hosted by Bachelor host Chris Harrison. The couple used none other than Neil Lane as their jeweler, who also is the jewelry designer for The Bachelor.

Kaeppeler’s engagement ring was more than five carats and features a central round diamond in a handmade platinum tulip design setting accented by smaller round diamonds. The wedding bands they designed are both handmade in platinum and hers is set with diamonds on all three sides.

I’m shocked. Stupified. Flabbergasted. I never saw this coming ever in any lifetime. https://t.co/L5Eo8xULTx

His marriage to Kaeppeler is not his first marriage. Fleiss was married to his high school sweetheart for 24 years. Fleiss and Alexandra Vorbeck divorced in 2012. He then met Laura, who was Miss Wisconsin and went on to win the 2012 Miss America Pageant.

Will Fleiss find love on his own Bachelor show in the future? While it is highly unlikely Fleiss would appear on his own franchise looking for love, there is always that chance. Fans have wanted Chris Harrison to be The Bachelor for years. So far nobody close to the franchise has taken on the role.