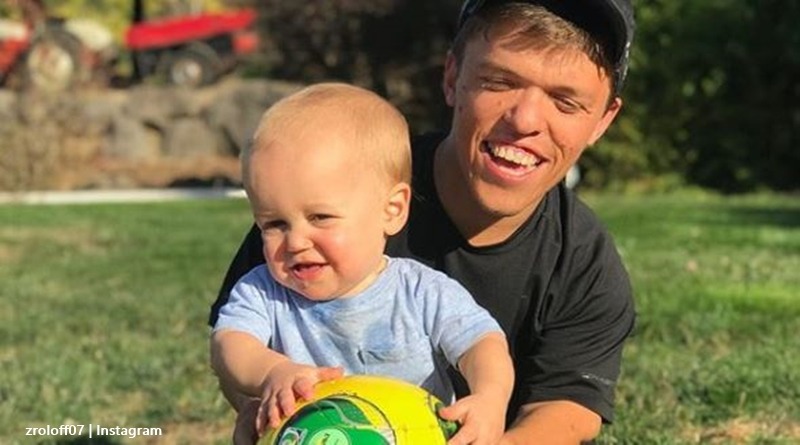 LPBW fans know that Zach Roloff, like his mom Amy, and dad Matt, is also a little person. Plus, his own son Jackson also lives with the dwarfism condition. Zach loved his soccer since he was a kid and he coaches it in Oregon. Now, he took to his Instagram to share about coaching little people kids in San Francisco.

Zach Roloff helped in soccer history as he played at the Copa America World Cup last year.  The tournament held in Argentina was the “first ever” of its kind, Fox 12 Oregon reported in October 2018. When he returned to the USA, Tori shared some of the cutest pictures of their little boy Jackson. He wore one of Zach’s soccer jerseys in miniature. Since then, Jackson started going to his own soccer classes.

Now, Zach took to his Instagram to share about teaching other little people kids the game. He told Little People, Big World fans that he went to San Francisco. The photo he shared shows the cutest row of kids you’ll ever see. That backs up Tori’s claim from last season of the TLC show. Dwarf children are the cutest.

Zach captioned his post in some detail. He told fans of LPBW that he went to the Beach Chalet Soccer fields in San Franciso. Zach said, “Ahh man this past week I got to run the “futures” (age 4-6) soccer clinic for the DAAA soccer tournament in SF! What a blast!” He added, “I love coaching back home but helping facilitate the moment young kids fall in love with sports is what’s it’s all about!”

The event was organized by the DAAA and Zach thanked them for “putting on a fantastic week.” For Zach Roloff, one of the best things is that these kids “might not get the same opportunities back home!” Of course, fans loved his post. People like to see their reality TV stars out and about doing good things, rather than creating drama on Instagram.

Ahh man this past week I got to run the “futures” (age 4-6) soccer clinic for the DAAA soccer tournament in SF! What a blast! I love coaching back home but helping facilitate the moment young kids fall in love with sports is what’s its all about! Especially players that might not get the same opportunities back home! Thanks to the DAAA board members for putting on a fantastic week. If you want to help make these moments and memories happen check out the link in bio->

Fans of LPBW react to the soccer clinic

What do you think about Zach Roloff being such a good role model? Do you love that he coached at the soccer clinic in San Francisco? Sound off your thoughts in the comments below.

Remember to check back with TV Shows Ace often for more news about Zach Roloff and LPBW.