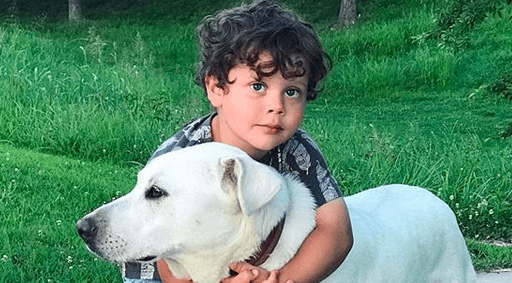 Counting On stars Jessa Duggar and Ben Seewald are the proud parents of three kids. Spurgeon is three years old, Henry is two years old, and Ivy is one month old. Ben and Jessa got married in November 2014.

With the exception of the ones who aren’t married yet, most of the Duggars have social media. Jessa is one of the Duggars who uses social media most often. She posts regularly and sometimes interacts with fans in the comments too.

On social media, Jessa frequently updates fans about her family’s life. On her page, she shares cute pictures and videos of her kids. From what it looks like, Duggar fans love to see Jessa’s kids on Instagram. If you’ve been around a toddler, you know they say the funniest things. As it turns out, the same is true of Jessa’s oldest son, Spurgeon.

On Twitter, Jessa shared a couple of Spurgeon’s recent quotes. She has even started adding a hashtag “SayingsOfSpurgeon”.

In one tweet on Friday, Jessa wrote, “After locking up the house and loading in the car we realized we’d forgotten something. I said ‘Sorry, Babe.’ As Ben hopped out to go back in the house, Spurgeon shouted from the back of the car, ‘Hey, where is Babe going?’ #SayingsOfSpurgeon”

On Saturday, Jessa put out a second tweet about Spurgeon’s sayings. She wrote, “Spurgeon was sitting in his carseat in the back of the car. ‘Hey, baby Ivy!’ *waiting for a response* ‘I hear her! She’s saying nothing!’ #SayingsOfSpurgeon”.

Spurgeon was sitting in his carseat in the back of the car. “Hey, baby Ivy!” *waiting for a response* “I hear her! She’s saying nothing!” #SayingsOfSpurgeon

Jessa has only recently started tweeting out Spurgeon’s quotes, but she has gotten a great response from fans so far. It’s likely that she will continue to add to #SayingsOfSpurgeon so she can look back at all the cute and funny things he said growing up.

Spurgeon was sitting in his carseat in the back of the car. “Hey, baby Ivy!” *waiting for a response* “I hear her! She’s saying nothing!” #SayingsOfSpurgeon

In response to her tweets, fans are sharing their own children’s quotes. In addition, they are loving how sweet Spurgeon is. Once Henry starts talking more, she may make a separate hashtag just for his special sayings too.

On Instagram recently, Jessa also shared a picture of Spurgeon with Jana Duggar’s dog. In the caption, she wrote, “He’s convinced it’s his— ‘Mommy, this is my dog Willow.'” Then, she thanked Jana for sharing her dog with Spurgeon.

He’s convinced it’s his— “Mommy, this is my dog Willow.” 👦🏻💙 . Thanks @janamduggar for sharing your pet. ☺️

What do you think of Spurgeon’s sweet sayings? Do you follow Jessa on Twitter so you can see more of the funny things that Spurgeon has to say? Leave a comment below!

Counting On will return to TLC this fall, but a date has yet to be announced. Stay tuned for an update.