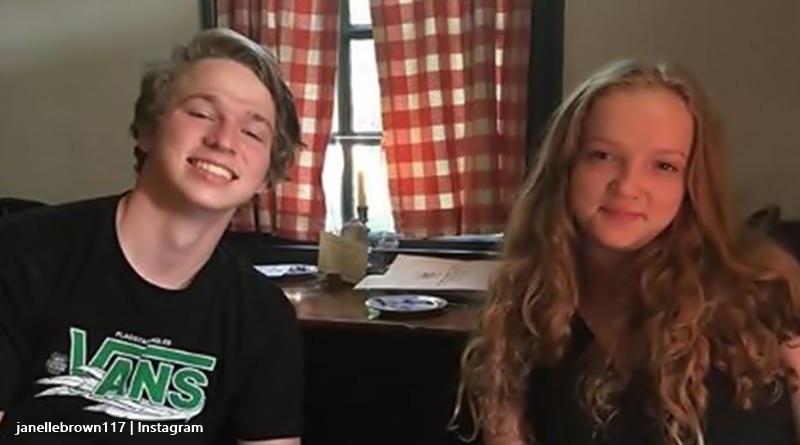 Sister Wives Season 13 showed us that Gabe Brown, the son of Kody and Janelle Brown took the move to Flagstaff really hard. In fact, we saw him cry about it and fans noted Kody’s rather caustic comment about him causing drama. Anyway, later, Janelle posted a photo of him with his dog. Fans got to see him smile bit once more. Now, it looks like Gabe’s well settled in Flagstaff and he’s studying hard. In fact, he’s cramming double classes through summer in the hopes of graduating early.

In the last season, fans of the TLC show grew angry with Kody. Firstly, when he announced the big move to Flagstaff, Janelle firmly said no to that. She was very concerned about pulling Gabe out of school and away from his friends. In fact, it looked like Paedon all over again when they relocated to Las Vegas from Utah. Anyway, Kody got his way and they all moved.

In the Tell-All episode of Sister Wives, viewers heard more about Gabe’s unhappiness. So, when Janelle got him a new dog, fans were pleased. TV Shows Ace wrote, “Many Sister Wives followers agreed that a puppy in the life of a boy brings something good to their soul. They noticed that unconditional love from dogs brings joy to the heart. Plus, adopting a rescue dog’s certainly a feel-good situation. So, Gabriel smiles, and a puppy enters a brand new life in Flagstaff with a wonderful family.”

Janelle Brown recently snuck up on Kody and Gabe and snapped a photo of them together. She posted to her Instagram about it. She explained that Kody and Gabe were discussing “The Constitution and The Bill of Rights.” Of course, fans of Sister Wives don’t need telling that Kody’s passionate about that. Anyway, the reason why is that Gabe’s taking “a government class.”

In the picture, we see Kody on the couch next to Gabe. They both look at a laptop computer. Janelle explains that they’re busy discussing his subject together. It’s a nice unguarded moment, so obviously, Gabe and his dad get along again. In fact, Gabe looks settled now as he’s working towards his future. Adding to her post, Janelle said he’s taking those extra classes to “graduate early.”

Caught this picture when they weren’t looking 😀. Gabe is cramming two classes in over the summer so he can graduate early and start at NAU this fall. He currently has a government class and talking about The Constitution and The Bill of Rights is a passion for Kody. Here they are discussing the subject and Gabe’s class readings. I love this man.

Studying hard to get into NAU this fall

In her post, Jenelle Brown told Sister Wives followers that Gabe’s taken on the extra work as he hopes to “get into NAU this fall.” That’s really awesome, and no doubt lots of fans would love to talk about it. However, Janelle switched off commenting. Nevertheless, you can still have your say to Gabe via TV Shows Ace in the comments below.