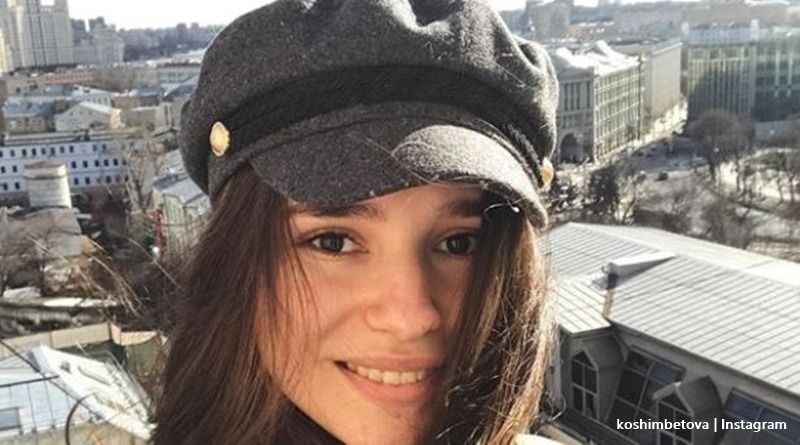 90 Day Fiance fans know that Olga and Steven had a hard time getting together in the USA. Steven went back and forth to Russia and finally returned to the USA. Later, he said Olga would fly out with baby Richie on May 9. (The couple calls the baby Alex, but on the show, they call him Richie.) Then we heard nothing more until this past week when Olga popped up, and John Yates also said they were safely in the USA. Now, Olga posted a pic of baby Richie and he’s certainly not such a baby anymore.

TV Shows Ace reported on Olga and Steven Frend when news came she and Richie arrived in the USA. In that report, we noted she said, “I took a big break from Instagram of some reasons. But now, everything is fine.” We also reported, “John Yates added to the message from Olga, noting that she’s “safe and sound (and here).” In her picture, she showed the baby looking out of the window of a tall apartment.

Now, fans of 90 Day Fiance saw a post on her Instagram for Father’s Day. This picture shows her little boy looking at Steven. The pair enjoy some fun in a swimming pool, and Steven looks very relaxed and happy. However, fans noticed that this baby really isn’t such a baby anymore.

Judging from what Olga and Steven Frend hinted at, neither of them were able to give updates for a while. Fans speculate they might film another spinoff. Of course, their fans can’t wait to see it, if that’s true. However, the time they took off social media meant a gap for those who wanted to see their baby. In the interim, it seems as though this baby went from baby to toddler in a flash!

Actually, Romper reminds us that Olga gave birth to Richie in March 2018. So, that means their little boy’s already over a year old. He certainly looks to be quite comfortable standing on his own two feet. Maybe 90 Day Fiance fans still imagined him at a crawling stage. People got flabbergasted to see him in the pool next to his dad. Many of them commented on how big he is.

Over on Olga’s Instagram, 90 Day Fiance fans and followers saw that the couple have a robust little man now. Here’s what some of them said about it:

Others complimented Steven on staying the course, even though they noted he really wasn’t ready for parenthood at first. In fact, he got a lot of criticism for his immaturity on the TLC show. However, it looks like things all came together for Steven Frend and Olga, and not-so-little Richie.

What do you think about the pic that Olga posted up of Steven Frend and baby Richie? Are you blown away at how big he’s grown? He’s certainly not such a baby anymore! Sound off your thoughts in the comments below.