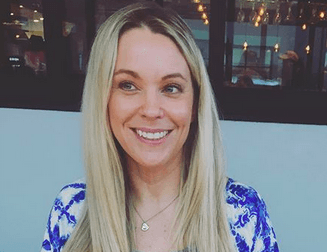 Longtime TLC fans recognize Kate Gosselin from Jon and Kate Plus 8. She was on the show with her now ex-husband, Jon, and their eight children. Since the show aired, she and Jon have gotten a divorce. Her children are growing up. Her twin daughters just graduated high school. The sextuplets are now 15-years-old. This means that everyone will be less reliant on their mom.

Because of all this, it’s time for Kate to re-enter the dating scene. After focusing on being a single mom for years, she has returned to TLC for a show of her own called Kate Plus Date.

She described why she decided to be on the show, saying, “If I’m going to date someone, I can’t just go out on a date—it’s creepy to me to think of just going out somewhere with some stranger. So I actually feel like doing it like this is the best and safest way for me to go on a date—a camera crew will be there! I’ll be safe! The person will have been vetted by a matchmaker.”

On Monday, Kate’s new show premiered on TLC. Following the premiere, PEOPLE spoke with her. In this interview, she shared some details about new relationships. She also talks about being in relationships on TV. In the interview, Kate says, “I used to look for qualities that I liked as a person, but now I have to look for qualities that we all like.”

#KatePlusDate .. it’s on @TLC now… what do you think so far? Who’s watching? Who can relate? #SoScary

Then, she shares, “The truth is, it is not a secret I went through a very public divorce. That wasn’t pleasant. I feel like for that very reason, I am very guarded, and I don’t tend to trust people. I don’t think that’s a bad thing. I certainly don’t want to rush into another relationship. The pressure is on for it to be positive and successful for all of our sakes.”

In addition to what Kate shared, her daughter Mady had something to say. She jokingly added, “We already have enough kids.” This was a hint that Kate shouldn’t date someone who has kids.

Of course, she has her kids’ support in her dating journey. Mady says, “We are so happy for her. Normally she is a private person, and this experience has helped her a lot, figure out how she can open up to someone and feel good about it.”

Have you watched Kate Plus Date? What do you think? Let us know in the comments below!

Don’t miss the new episode of Kate Plus Date airing Monday on TLC at 10/9c.