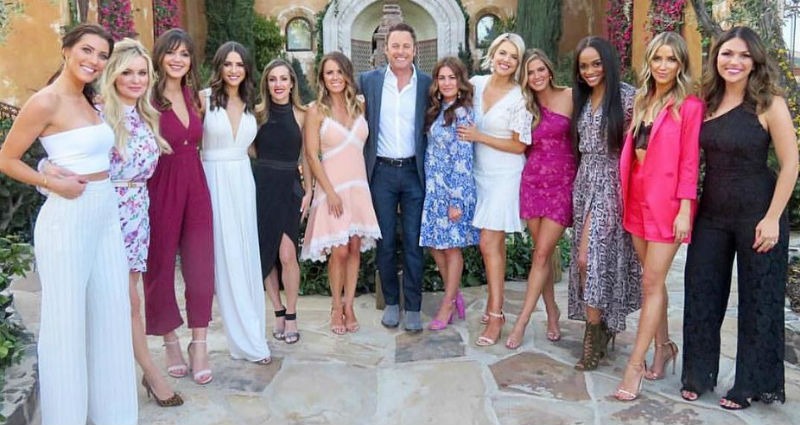 It’s almost time for what is being deemed as the biggest Bachelorette reunion to date. It’s all happening just before Hannah Brown kicks off the 15th season of the show. The big reunion special will air for two hours on May 6. It will feature 12 of the past 14 Bachelorette’s.

Which Bachelorette’s will be featured?

According to E! News, Trista Sutter, DeAnna Stagliano, Jillian Harris, Ali Fedotowsky-Manno, Ashley Rosenbaum, Emily Maynard Johnson, Desiree Siegfried, Andi Dorfman, Kaitlyn Bristowe, JoJo Fletcher, Rachel Lindsay and Becca Kufrin will all be featured on the show. The women will be reflecting on the past and also give some opinions about Hannah’s upcoming season.

We're so excited for our biggest #TheBachelorette Reunion yet this Monday!

Who is missing from the reunion?

Two former Bachelorette’s were missing from the show. They are Meredith Phillips from season two and Jen Schefft from season three.  Chris Harrison spoke with Entertainment Tonight explaining the two were not left out intentionally. He said it came down to scheduling and those two just couldn’t be there.

Saying he is grateful they had as many participate as they did, he went on to say, “Unfortunately Jen and Meredith couldn’t be there because we had to settle on a date. At the end of the day, we had to shoot this thing. So, we just picked a day where we could get as many as we possibly could, but unfortunately schedules, vacations, was one of them, just couldn’t be changed. And we just had to pull the trigger and do this thing.”

All aboard!!! Something incredible coming very soon for you #BachelorNation It’s the mother (mothers in this case) of all #Bachelorette reunions Details soon!

Jen and Meredith are still represented in the special

Jen is now married to Joe Waterman and has two children. Meredith recently came forward about sexual assault by a masseuse during her season. There has not been much discussed about the allegations.

Other topics discussed on the special

Another part of the special will take a look into Rachel Lindsay and Bryan Abasolo’s upcoming wedding. Fans will get a glimpse into the wedding preparations and also their bridal shower.  There will also be a look back at big moments that were Bachelorette firsts for the franchise.

Chris had the following to say about the special, “I just watched the whole thing last night, and I was like a 5-year-old at Christmas, I really was. I had this weird sense of pride… It’s my baby. I really love these women, and I really liked that at the end of the day, we had all these Bachelorettes together for the first time, and we’ve never done anything like it.”

Don’t miss the big reunion special May 6 and the season premiere of The Bachelorette May 13 on ABC.