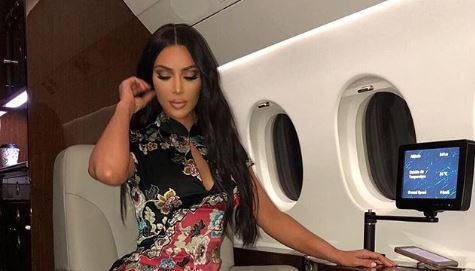 Gypsy Rose Blanchard is behind bars for the fact that her boyfriend killed her mother. This story has really come to light recently because of the Hulu show The Act. It turns out that now fans are hoping Gypsy can get out of prison. The thing is they want Kim Kardashian to help her get set free earlier than planned.

If you don’t know about the Gypsy Rose Blanchard story, she ended up behind bars after her boyfriend killed her mother. Gypsy’s mom Dee Dee made her think that she was sick her entire life when that wasn’t really the case. She even had Gypsy Rose Blanchard using a wheelchair all the time when she could walk.

Once Gypsy grew up and realized what was going on she started using the Internet to talk to people. She met her boyfriend Nick and they made a plan together to kill her mom. They actually carried out the plan and both of them ended up getting caught.

Gypsy Rose Blanchard’s family is trying to get her out of prison and now the fans are helping. She was sentenced to ten years in prison. Gypsy is now 27-years-old. Now that her story is out, she has a lot of people backing her up who think she should be released as well.

Kim Kardashian has already helped with the early release of Alice Marie Johnson and clemency for Cyntoia Brown. Now they feel like Gypsy should be her next person to help. A lot of people are reaching out to Kim on social networks asking her to help. Kim gets mentioned in so many tweets that it may take a bit for her to notice them.

One post actually went viral. It was a tweet that got almost 80,000 likes and 13,000 retweets. It will be interesting to see if they can get Kim’s attention and if she will help. So far, Kim hasn’t said anything about her thoughts on helping out Gypsy Rose Blanchard.

Do you feel like Kim Kardashian should help Gypsy Rose Blanchard get out of prison? Share your thoughts in the comments below. You can also watch The Act on Hulu and new episodes of Keeping Up With the Kardashians on Sunday nights on E!.