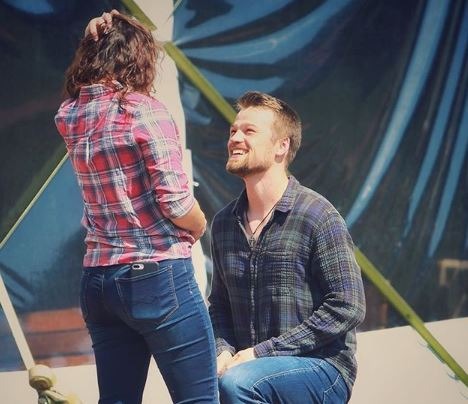 Fans of The Willis Clan haven’t heard much from this family lately. It turns out that Jair Willis is now married. Fans of the show remember that he had a broken engagement before. This time around it worked out for him. Jeremiah went to his Instagram to share the news with fans. It is great that he is keeping them updated.

Jair Willis shared a photo from his wedding but with very few details. It does show him with his bride at the altar. You can tell that the wedding seemed to have a bit of a country theme. The fans are responding to him about how excited they are for his news. Even though he isn’t on television anymore, Jair still has a lot of fans who like to keep up with how he is doing.

Who is Jair Willis’ new wife?

If you check out Jair Willis’ Instagram page you can find out a lot about his new wife. You can also tell that he is still doing music and sharing videos of himself singing. He is also teaching guitar lessons.

Jair called his new wife “the most beautiful woman inside and out.” Her name was Lexi Seymour before they got married, but she is now going by Lexi Seymour Willis. The couple got married on Saturday. Lexi and Jair sing together as he plays the guitar. It seems like he has found the perfect match for him. The videos and photos he posts show that they have a great time with each other.

How is the family doing now?

Since the father of The Willis Clan was put behind bars, fans haven’t heard much from the family. They do update their social networks now and then. Their television show The Willis Family is over and they also aren’t performing as a group together anymore. They seem to have all gone their separate ways when it comes to music. Hopefully, they are still getting along as a family, but they aren’t sharing much about that part of their lives anymore.

Do you miss hearing from The Willis Clan? Share your thoughts in the comments section below.

Todd Chrisley Talks About People Who Stab Him In The Back
Adam Busby Tricks Blayke, Lily, & Kenzie Into Eating Dog
‘You, Me & My Ex’ Coming To TLC: Here’s What We Know So Far
Justin McSwain Says He’s Thankful For A Year Of Life – Interesting Photo
‘Extreme Sisters’ Brooke Johnston Threatens Fans After Her Husband