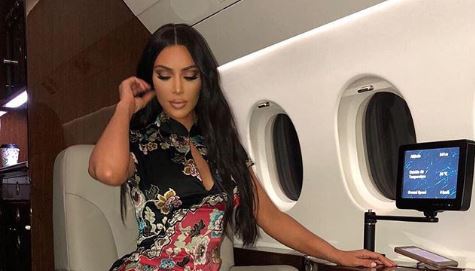 That’s not a misprint. It seems Kim Kardashian is ready to leave the reality-star life behind her and become a lawyer. The 38-year-old mother of soon-to-be 4 kids is on the May cover of Vogue fashion magazine.

During the course of her cover story interview, Kim confided in the magazine that she recently started a four-year apprenticeship with a California law firm. It turns out that California is one of our states where someone can become a lawyer without attending law school. Instead, one can apprentice with a law firm, as Kim can do. This summer she has to pass a mock bar exam to gain permission to continue studying and then in 2022, she would have to take the California State Bar exam. What brought about this change in careers?

Once upon a time, the only Kardashian anyone knew was Robert Kardashian, one of O.J. Simpson’s lawyers in the “Trial of the Century.” His daughter Kim was a personal assistant to the mega-popular reality star and hotel heiress Paris Hilton.

Kim’s life changed in February 2007 when a private videotape was released of her and rap star Ray J engaged in certain… bedroom activities. Kim rocketed to fame almost overnight. She claims she didn’t release the tape, but she was soon on the cover of magazines everywhere, including Playboy magazine.

In late 2007, a reality show starring Kim and her then-mostly-unknown family premiered on E! The rest is history. Thanks to Keeping Up with the Kardashians, the Kardashian/Jenners became a media empire with countless spin-off that made them all really, really rich.

Thank you @jadellebh for making me the sickest stuff ✨

Why become a lawyer?

Fast-forward to 2019, two high-profile marriages and 3 kids (with another on the way via surrogacy) and Kim is ready to get serious about politics. She dominated headlines last year, not for her body, but for petitioning President Trump to commute the sentence of a nonviolent offender serving a life sentence for drugs. Alice Marie Johnson was released from prison after 21 years thanks, in part, to Kim’s advocacy.

Kim told Vogue that the experience made her feel like “I wanted to be able to fight for people who have paid their dues to society. I just felt like the system could be so different, and I wanted to fight to fix it.”

She continued by explaining her desire to be a lawyer as a need to do more, “and if I knew more, I could do more.”

She told the magazine that the courses she’s been studying have come easily to her. The hard part, Kim said, is finding the time to do the reading. She’ll have even less time when her fourth child with husband, Kanye West, arrives via surrogacy.

Her father would certainly be proud of Kim following in his footsteps as a lawyer. It did take her 12 years of being a reality star to get there.