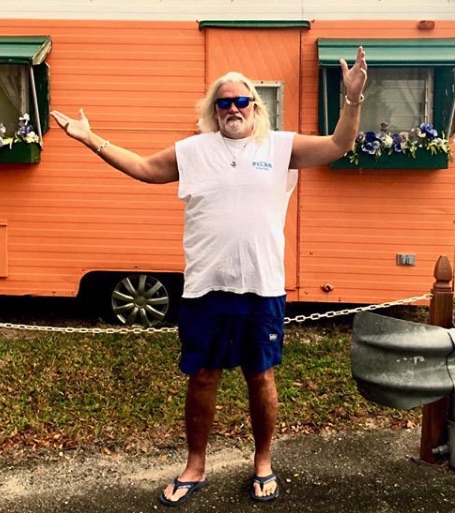 Captain Wild Bill Wichrowski is returning for Season 15 of the Deadliest Catch 2019. The fan favorite captain of the Summer Bay has had an interesting career. Do you know all there is to know about Wild Bill? Here are five things you may not have know about the popular Deadliest Catch captain.

Wild Bill Is Returning To The Deadliest Catch After Major Surgery

Deadliest Catch fans who watched Season 14 of the show know that Wild Bill had major hip issues. This is no surprise, as the captain of a crab boat can sit in the same position for multiple hours. Captain Bill was a trooper, as he suffered through last year’s crab season in excruciating pain. In February 2018, after the crab fishing season was done, he got the surgery done. Despite leaving to go out for dinner just hours after the surgery was completed, due to an “inhibited” misunderstanding, the surly captain has recovered well.

Bill Wichrowski has been all over the place, and posting on social media with all the different fish he caught and people he has met. In Season 15, we may see him wandering around the deck, as he lets deck boss Nick McGlashan try his hand behind the wheel. Should be fun!

The Summer Bay has been a boat with a lot of crew members, like Nick McGlashan, who have been through rehab. Well, Captain Bill has told Pop Culture that he has done his own transformation. He confessed he is “a little softer and milder.” He revealed that he has become “more spiritual,” and will turn “the other check a little bit more.”

Did Bill have an epiphany after his hip surgery? No. This is more about retaining employees. He shared that in the past, when being a crab fisherman was especially profitable, there would be a dozen men ready to work. Now, he finds he needs to mold men into becoming good at their job. That means overlooking mistakes. He has even joked and called this boat “Sober Bay” instead of Summer Bay, because all of his crew has been through rehab. He is now there to help the guys keep themselves clean, as they work in the treacherous Bering Sea.

A gearhead, Captain Bill’s first car was a 1966 Lincoln Continental. He got it while in naval training in Arizona. The vehicle only had one own and it was fully equipped with suicide doors, baby blue paint, a black leather interior, and a black vinyl top. Since then, he has purchased a new luxury vehicle every year. According to Motor Trend, Bill owns a 2017 Mercedes-Benz 4×4 G550 4×4 Squared, a 1972 K5 Chevrolet Blazer and a 1981 Jeep Cj-7, as well as other vehicles.

The f/v Summerbay rolls deep between to 20 footers in the 2018 #kingcrab season. We had epic big weather even for…

Bill Wichrowski Served In The Navy

Although Wild Bill was born in the Pittsburgh, Pennsylvania area, in 1975, he enlisted in the Navy and headed out to California after he completed high school. He continues to honor veterans today, including his involvement with the Wounded Warriors.

How Did Bill Get Into Crab Fishing?

Unlike many of the second and fourth generation crab fishing families like the Hillstrands and the Hansens, Wild Bill got into crab fishing because of the money. He told the Trib Live that his first job was as an electrician on a freezer boat. That was in 1979, when experienced fishermen could get $700,000 for six to nine months of work. He knew that he would be a “rock star” if he was in this line of work. Of course, we know that is true!

Did you learn something new about Captain Wild Bill Wichrowski from the Deadliest Catch? Is the Summer Bay your favorite crab fishing boat? Please share your comments and opinions in the field below. Deadliest Catch Season 15 begins with a two-hour episode on Tuesday, April 9 at 9:00 p.m., ET/PT on Discovery.

‘Welcome To Plathville’: Is Ethan Unhappy With Who Olivia Is Becoming?
Kaitlyn Bristowe Reveals What It Was Like Working With Michelle Young
Did Erika Jayne Stage Her T.J. Maxx Shopping Trip? Some Fans Think So
Farrah Abraham Shares Cryptic Quote, Reveals Being Ready To ‘Release Negative Thoughts’ Of Her Past
Khloe Kardashian, Not Good Enough To Get Invited To The Met