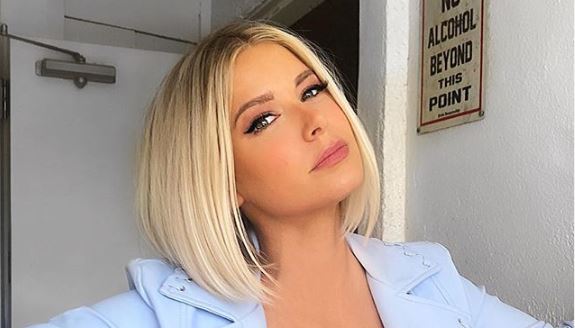 James Kennedy is the “villain” of Vanderpump Rules this season. He has been called out by the other cast members for his behavior. Lisa Vanderpump fired James from his DJing job at SUR after co-star (and SUR server) Katie Maloney threatened to quit after James body-shamed her… again.

On a reality show where shouting and fighting is almost encouraged, James’s behavior is a little over the top. Speaking to Us Weekly about James, Tom Sandoval said, “He [James] just has a hard time controlling his emotions.”

That couldn’t be clearer by James’s reaction to Tom Sandoval and Tom Schwartz un-inviting James to the gang’s vacation to Mexico. This came after Katie and the other ladies didn’t want him to go on the trip. If there hadn’t been a bar between them, Schwartz probably would have fought James after James said, “F$#@ your wife” about Katie veteoing James from going on the trip. Katie got her way and James didn’t get to go, though.

In his later confessional, James double-downed on his name-calling by calling Katie a “fat f#cking b#tch” about his exclusion from the Mexico trip. Last season, James (and Lala Kent) both made fun of Katie about her weight, including asking her if she was pregnant.

Somehow Katie and everyone else has forgotten Lala’s role in bullying Katie about her weight. Perhaps it’s because Lala has been a target of James’s before, after his comments about her dating a fat, old man who pays for her apartment and car. (Ironically, James isn’t wrong about those things, as Lala told Stassi on a recent episode how she had sex with him on their first date and he bought her a car the next day.)

Lala herself has been having huge shouting matches with James’s girlfriend Raquel Levis where she repeatedly calls Raquel stupid. Lala has also had a falling out with SUR hostess Billie Lee. But everyone gives Lala a free pass because her dad recently passed away.

Should James Get a Pass?

Long-time fans of the show might be perplexed as to why James is being called out for being a bully when Katie has been the biggest bully on the show. Tom Sandoval actually brought up this very point a few episodes ago, but his valid points were dismissed as drunken ranting.

Ariana recently spoke to Us Weekly about James’s behavior. She said, “I think that therapy is something that we all can or do benefit from.” She went on to say, “I went! I think that that’s something longterm that could really benefit him.” At least Ariana is admitting that she has been to therapy as well.

If Lala gets a free pass because her dad died, shouldn’t James get one for having a bad relationship with his mother? Fans finally got a glimpse of James’s family this season. He helped his younger brother get a job at SUR. Viewers found out that James is financially responsible for his mother, sending her hundreds of dollars several times a week. We even got to witness her manipulative, toxic behavior when he finally tried to stand up to her. James made sure to tell her how much it upsets him when she talks bad about his father.

Most of James’s problems start from drinking too much. Watch Bravo on Mondays to see if he can keep control of his emotions (and drinking) to get his DJ job back at SUR.