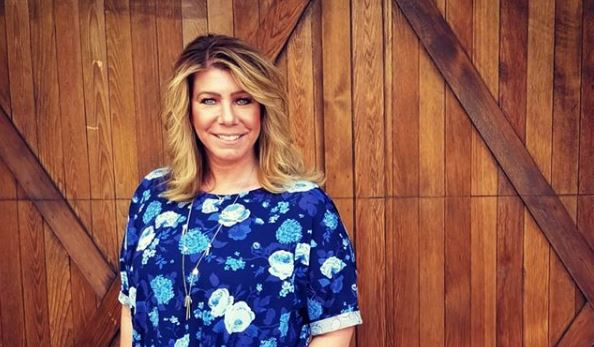 Meri Brown of Sister Wives has been on the outs with her family for a while now. In Touch Weekly just shared that family friend Kendra is saying that Meri doesn’t have anything to do with her family unless they are filming.

If you follow the Brown family at all, it is clear that Kendra was once a friend of them. It also sounds like she might not be as close to them anymore. Now Kendra is sharing that Meri isn’t really involved like they make it seem on the show Sister Wives. Kendra Pollard-Parra shared recently with In Touch Weekly.

“Meri does live separately from everyone. She’s never with them. She’s only with them to film. Her whole focus is on her career with LuLa Roe which she’s very successful at, and her daughter.”

Meri Brown did make the big move to Arizona with the family, though. Kendra went on to explain more.

“As far as the family goes, they’ve never tried to reconnect with her. They’ve never done anything to benefit her — that’s why she’s made her choice to make her business be completely independent from them. Their pact before all of this everything for the family, but ever since Meri’s betrayal, that’s all changed. She’s literally all on her own. So what you see, is her being part of the family because she has to for the show.”

Does this mean Meri Brown is leaving?

So far, Meri Brown has said that she has no plans to leave the family or the show. She moved with them and things seem better with Kody Brown than they have been in a while.

Kendra feels like the family is disconnected from Meri. She even mentions things not being great with Christine Brown. The thing is Christine is actually on a cruise right with Meri. More than likely the family will just ignore these comments from Kendra and go on. This leaves everyone wondering if she knows all of the details about what is going on or not.

Do you believe that Meri Brown is having issues with her family? Share your thoughts below and don’t miss new episodes of Sister Wives on Sundays on TLC.