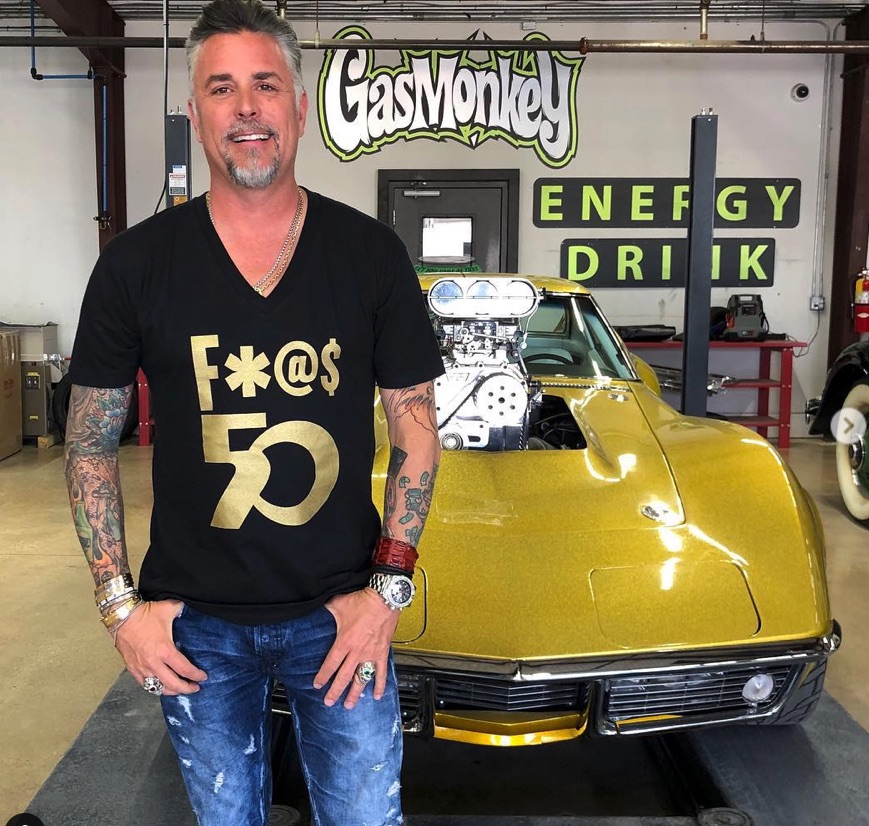 Is Fast N’ Loud canceled? It has been over a year since Season 14. Fans are wondering what has happened to Richard Rawlings and the crew at Gas Monkey Garage. Has Richard or Discovery revealed any news on the status of the show?

Fast N’ Loud has not been canceled. Richard Rawlings was recently on the Joe Rogan show discussing Fast N’ Loud Season 15. He revealed that the show is returning in June. Richard neither acknowledged nor revealed any reason for the delay. Fans can assume that because the new season will have six-figure builds,  getting all of the high-tech parts that give the vehicles the wow factor could take more time. Although the average build time is 25 days, they don’t start anything until every part is in their possession.

What Richard has been promised are “epic” builds. According to their social media, the new season of Fast N’ Loud will have a “ton of surprises.” Sounds like it will all be worth the long wait for Season 15.

We surprised @RRRawlings yesterday during his birthday week by firing up our newest @FastNLoudTV build for the first time! His reaction was priceless 😂 We've got a ton of surprises coming up on the next season of Fast N' Loud. It's gonna be epic! #GasMonkeyGarage #FastNLoud pic.twitter.com/qFDhSaBjGf

How You Could Be On Fast N’ Loud Season 14

Right now, the show is still filming. In fact, fans could still wind up on the new season of Fast N’ Loud. They need to purchase a new car in the current inventory. This includes a 1972 gold Econoline, a flashy 1985 white Mustang convertible, a 1975 black Chevrolet Camaro, a 1967 glossy black Cadillac Eldorado,  a 1968 white Chevrolet Malibu and a 1973 white Ford Maverick Grabber. Listed on the website, each car is designated to an Ebay listing or sold directly by Gas Monkey. There is information on emailing Richard to ask for the price. This is for serious buyers only.

In the vehicle descriptions include the promise that “The winning bidder may have the option of coming to the shop to pick up the car on the show.” Imagine going on the show! This would be the icing on top of a Gas Monkey Garage vehicle.

.@GMGDaphne has said in order to have beer money for my birthday party I have do some spring cleaning to make room for the Trans Am I just bought 😂 Check out the full inventory of vehicles we have, buy one and you'll be on Fast N' Loud this season! https://t.co/cPcaBcMkfo pic.twitter.com/BUa62Lmiw6

Watch The Monkeys In Action

As for now, fans can watch what is going on with the Monkeys, as Richard now has a live cam outside of the Gas Monkey Garage. Whether you are a curious fan or can’t wait for the new season, you can check out views of the Discovery show. Fans can see what Richard and his crew are doing until the new season airs and beyond.

Are you excited for new episodes of  Fast N’ Loud season 15 ? What are your all-time favorite Gas Monkey Garage builds? Share your favorites in the comment field. Fast N’ Loud 2019 returns in June for Season 15. Discovery should make an announcement of the premiere date sometime in May.