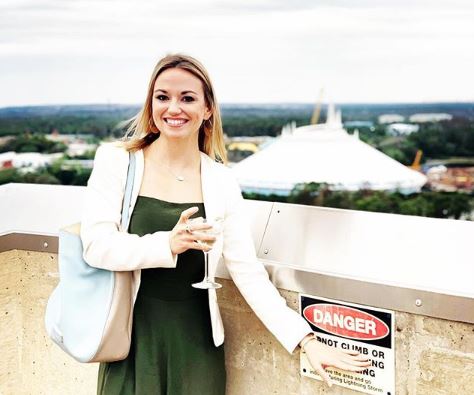 After months of speculation, Cortney Hendrix has finally revealed that she is divorced from Jason Carrion. This couple met on Married at First Sight. The couple fell in love and were able to make it last quite a while.

For months, Cortney and Jason have refused to give fans updates on their relationship. It turns out that they were going through a divorce. She went to her Instagram today to finally admit to fans that it was over. Check out the post below.

It turns out that the MAFS couple just filed for divorce last month. This is surprising seeing how long they have been quiet about how things are going. The reason for this is that they had to be separated for six months before filing. It sounds like the entire time everyone thought they were done that they really were.

Could they work it out?

Cortney Hendrix admits that at one time they thought they would divorce and then date. They would hopefully end up married again, but not at first sight. Instead, it would be done the way that most couples do it. Sadly it turns out that this isn’t the case at all, though.

Instead, Jason and Cortney’s marriage is over. This couple from Married at First Sight really seemed like they were going to make it, but they are over. It doesn’t look like there is any chance that they will get back together either. For now, fans will have to see if they will even continue to update them on how they are doing. As quiet as they have been lately, it will be shocking if they share much.

Are you shocked to hear that Cortney Hendrix and Jason Carrion are over? Share your thoughts in the comments below. Also, don’t miss new episodes of Married at First Sight on Tuesday nights on Lifetime.