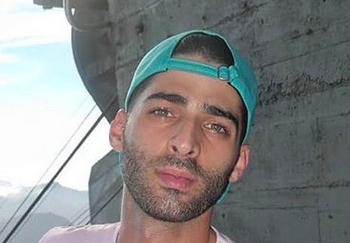 There is a time when all good things must come to an end. This time, Jason Canela is leaving his role of Arturo Rosales on The Young and the Restless. This was after just one year of being on the show. He announced this news via Twitter on Monday, March 25. In his tweet, he said,

“I feel blessed to have been a part of something so special! I appreciate each and every single person that makes up part of the @YandR_CBS family! Our makeup team, our crew, our security! Without them there is nothing.The team behind the camera is what makes it all worth it”

He also attached an image of more thoughts about him leaving. You can see the entire tweet below.

I feel blessed to have been a part of something so special! I appreciate each and every single person that makes up part of the @YandR_CBS family! Our makeup team, our crew, our security! Without them there is nothing 💯🙏🏽 The team behind the camera is what makes it all worth it pic.twitter.com/Yd5IpO923s

It seems like Jason Canela had a very positive experience during his year on the show. We’re sure he’s a little bit emotional about leaving, but he seems excited about the future. Who knows what’s coming next for the young actor?

The Young and the Restless without Jason Canela

As of right now, there haven’t been any announcements about somebody else taking over the role of Arturo Rosales. There’s a chance that Jason Canela will be replaced by another actor.

There’s also a possibility of Arturo Rosales leaving the show entirely. Hopefully, we will get more updates about the future of The Young and the Restless without Jason Canela.

Since he was only on the show for one year, the show may not be so different without him. He will be missed, but it’s not as if he has been on the show for years. Fans haven’t had a long time to fall in love with him at this point.

We aren’t sure what’s going to be next for the star. At the end of his statement, he said, “It’s time to turn the page and see what beautiful stories I am blessed enough to be a part of next.”

Will you miss Jason Canela on The Young and the Restless? What did you think of him during his first year? Be sure to check TV Shows Ace for more soap opera updates!

When Hope Calls’: Latest Info On ‘WCTH’ Spinoff
Multiple ‘Bachelor’ Alums Heading To ‘BIP’ Canada, Plus There’s A Twist
Jessica Batten Of ‘Love Is Blind’ Gets Happily Ever After
Netflix Movie ‘Heart Of Stone’ With Gal Gadot: What We Know
When Will Jesse Metcalfe Film New Hallmark ‘Martha’s Vineyard Mystery’?