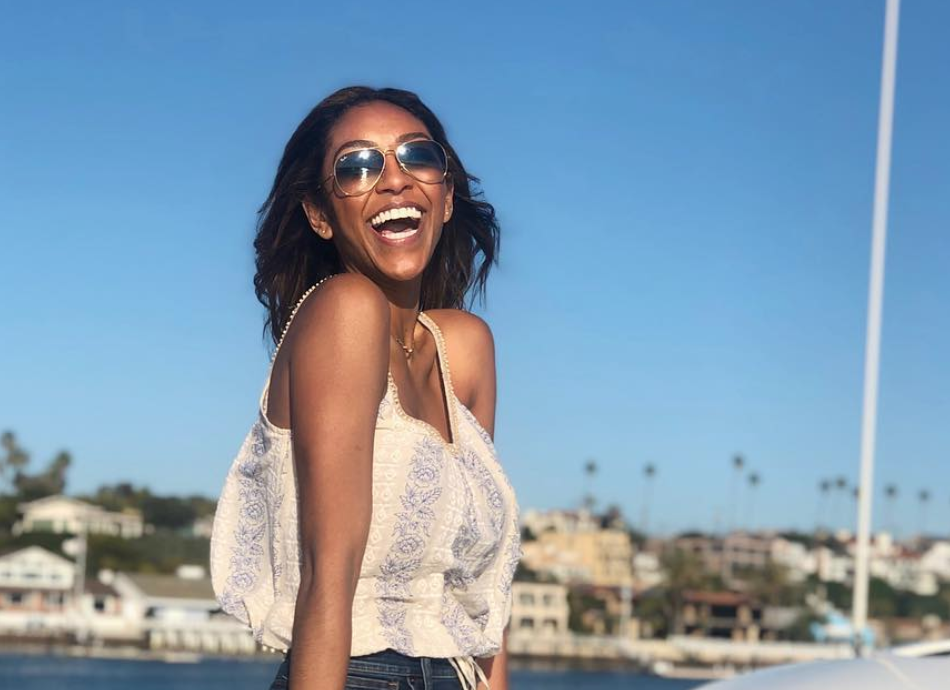 Tayshia Adams had a long run on Colton Underwood’s season of The Bachelor. She was sent home on the fantasy suites after Colton struggled with her relationship with Cassie. After her long run though, she was considered as a contestant for The Bachelorette. Now, she’s opening up about the selection that was made.

Who is ‘The Bachelorette’

Hannah B. was selected to be The Bachelorette on the season airing in May. Tayshia Adams was considered for the role though. However, according to Vulture, she’s okay with where she’s at now. She isn’t too mad that she wasn’t chosen.

“As for me, I think everything happens for a reason. I pray about everything that happens in my life, especially big decisions, and if it was meant to be, it would’ve happened. The same with Colton. I’m okay with it. It would’ve been really, really nice to get The Bachelorette, but I’m really happy with where I’m at,” she said.

So, how does she feel about Hannah B.?

Like a lot of viewers, Tayshia realizes that Hannah had a lot of growing to do. She did do a lot of it on The Bachelor.

“I should clarify that I thought Hannah was mature, but she was definitely finding herself during the season. That was a cool transformation we saw from the beginning,” the star said.

Along with having some growing up to do, Tayshia thinks she would be a much different Bachelorette than Hannah. Part of this has to do with her life experience. Tayshia explained that she would be ready to just do this. No messing around. She would be very strict with the men and they wouldn’t get away with messing around.

“The guys would definitely have to be much older, I’d tell you that much. I require a little bit more life experience, someone who really knows who they are and still aren’t trying to figure themselves out. Show up, or get out. No bullshit, let’s go, I’m trying to find a husband!”

What is she up to now?

Tayshia had a pretty big presence on The Bachelor. It seemed she and Colton were always jumping out of things or doing things that were full of adrenaline. According to Tayshia, she isn’t actually a big fan of adrenaline activities. Like fans saw on the show, she was pretty terrified.

Since leaving the show, she has signed up to do scuba diving. That’s the only adventurous thing she’s signed up for though.

She is also now no longer practicing phlebotomy. She says that she doesn’t know if she will ever go back to it. Despite her schooling in medicine, she is more interested in architecture, interior design and real-estate. Sounds pretty different than medicine!

Who did you want to see as The Bachelorette? Let us know in the comments and watch the new season this May!