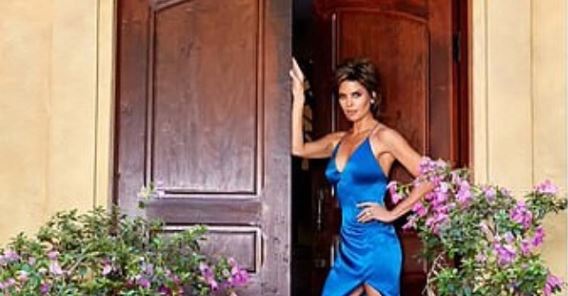 If you’ve watched even one episode of this season’s Real Housewives of Beverly Hills, then you know Lisa Rinna is holding the spoon. Lisa has stirred the pot in earlier seasons. Now she is just done with Lisa Vanderpump and the perceived manipulation.

Lisa R. is the one who convinced Teddi Mellencamp Arroyave and Kyle Richards that Lisa V. “set them up” to expose Dorit Kemsley’s role in Puppygate.

However, Lisa V. maintains that Teddi was the one who set it all up. According to the texts Lisa V. brought to light on the last episode, Teddi encouraged Lisa’s employee at Vanderpump Dogs to parade the dog out in front of everyone so she could ask if the dog looked familiar.

The dog in question is Lucy Lucy Apple Juicy. That poor dog’s name is the real crime here. Long story short: Dorit adopted the dog, rehomed it, the new owner dropped it off at a kill shelter. There was a contract between Dorit and the Vanderpump Dog rescue stating the dog was to be returned to them, along with a 5K penalty.

Can’t believe it’s been 2 years since we opened the doors to our @VanderpumpDogs Rescue Center in LA! We’ve had such an incredible 2 years and found homes for 900 dogs! Thank you to all of our incredible staff & volunteers- we couldn’t do it without you! #2YearAnniversary

Dorit already knew about the penalty; she had to pay it when she returned the dog she adopted before Lucy. Yep, Dorit is a repeat dog dumper. Many fans of the show speculate if Dorit dropped the dog off at the shelter herself. She said that she rehomed it to some random lady whose name she couldn’t even remember.

May the Best Lisa Win

According to sources who spoke to Life & Style, Lisa is “just bitter about Vanderpump’s fame.” What is stoking Lisa Rinna’s jealousy is the rumored spin-off (or two) that Bravo is allegedly giving Lisa Vanderpump.

The same source says,  “She [Lisa Rinna] would love a spinoff with her husband Harry [Hamlin] and her wannabe supermodel daughters, but this isn’t the way to go about it.” That last part is a reference to Lisa Rinna’s March 12th Instagram post where she calls out Lisa V. and Bravo execs for using her (and the other ladies) to promote a possible Vanderpump Dogs spin-off.

Lisa R.’s accusation is that Lisa V. manufactured the entire Puppygate storyline to put the focus on her dog rescue organization. The other ladies were pretty quick to jump on that bandwagon.

Despite the majority of the show’s Internet fans being in Lisa V.’s corner, Lisa R. has supporters, too. One fan speculated that Lisa V’s manipulation of Scheana Marie and Brandi Glanville into constantly crossing paths on RHOBH is what led to her Vanderpump Rules spin-off.

As fans know, Scheana had an affair with Brandi’s husband, Eddie Cibrian. It all came to a head when the two sat down during Season 3 to discuss the affair. Scheana works as a host in Lisa V’s SUR restaurant, which later became the focus of the Vanderpump Rules spin-off, with Scheana being part of the main cast. It is obvious that Lisa likes her.

According to the source at Life & Style, Lisa Rinna is facing backlash over her accusations and demands for more money. The source says, “Andy’s [Cohen] definitely not happy with her.”

Tune in to RHOBH Tuesdays on Bravo to see how hard Lisa Rinna stirs the pot this season. It should be interesting.