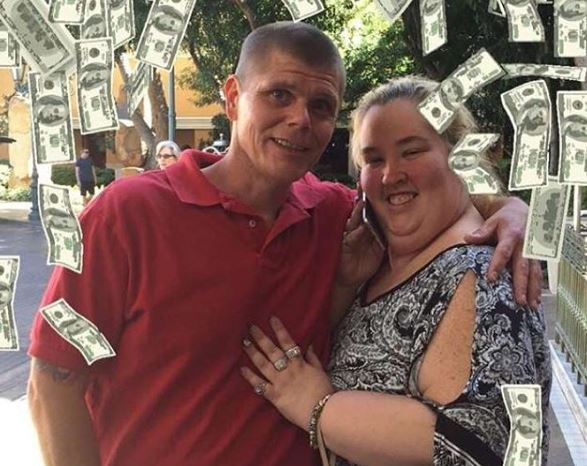 Mama June: From Not to Hot returns for Season 3 on Friday, March 15 on WEtv. Spoilers started coming out in February with a super-tease shared by People. We know that the season shows us June struggles with her eating habits again. Plus, it’s revealed that Alana dumps her ‘Honey Boo Boo’ monicker. It looks like the season will showcase how the family deals with everyday problems that everyone faces at some stage in their lives.

Mama June: From Not to Hot grew out of Here Comes Honey Boo Boo

Mama June got into From Not to Hot as a spinoff after TLC canceled Toddlers and Tiaras. The show took a look at baby beauty pageants. The next spin-off, Here Comes Honey Boo Boo featured little Alana, ‘Honey Boo Boo’ who captivated the audience. While it mainly starred Alana, it was her mom, who took much of the spotlight. However, TLC dropped the show when a scandal emerged about her.  TMZ reported that Mama June was allegedly “dating a convicted sex offender.”

Mama June: From Not to Hot, came along next and chronicled the journey of Mama June as she struggled with weight loss. Certainly, over the previous seasons, we saw that working for her. Also, she encouraged her daughters, ‘Pumpkin’ and ‘Honey Boo Boo’ to lose weight as well. It seems quite sad that now, Alana decided to dump the ‘Honey Boo Boo’ nickname. She spoke to Cheddar, saying, “I’m not ‘Honey Boo Boo,’ I’m Alana.”

Mama June spoilers show she struggles with her weight

Mama June made fantastic progress with her weight loss, so fans grow a bit worried when they hear whispers of her struggling again. In February, a teaser showed her agreeing that she had put on some weight. “I’ve gained a little bit of weight back, but I’m not ever going to be 450 pounds again,” she said. People speculated that she could even be pregnant.

‘“Grandma flow is a little late for her visit this month,” the reality star says, referencing her period, before the video flashes to a shot of an OB/GYN center,” People wrote. However, that could mean a lot of things for women growing older, and not necessarily a baby on the way. Mind you, it would bring a whole new dimension to Not to Hot if she is pregnant. Not to mention, her boyfriend Geno Doak got arrested and their relationship looks a bit rocky.

The new season also touches on Alana who worked with Dancing With the Stars, which features in the premiere episode. Plus,  June’s in for a showdown with Sugar Bear’s girlfriend Jennifer.

Mama June wants to get the house babyproofed, and not for her own baby. Pumpkin married her fiancé Joshua Efird, her baby daddy, in April last year. Now, the teaser shows them with their toddler Ella Grace. She’s into everything, spilling fairy cakes on the floor and getting into cupboards. Mama June’s not happy with the chaos and Josh says it’s because she has an issue with him. His reasoning brings us back into the crazy life of these well-loved celebs.

What do you think of Alana dropping the monicker ‘Honey Boo Boo?’ Do you think that’s a pity? Could Mama June be preggo, and will her relationship with Geno Doak survive? Let us know what you think of it all in the comments below.

Remember to check back with TV shows Ace often for more news about Mama June: From Not to Hot.

Mykelti Brown & Tony Padron Share Baby’s Name – What Does It Mean?
Are Jenelle & David Eason In A Good Place With ‘Storms’ Behind Them?
‘Days of Our Lives’ Spoilers: Sami Has A Shocker For Lucas
Rebecca Parrot’s Makeover Takes Things Next-Level Amazing
‘Married at First Sight’ Jamie Otis Talked With The Dead