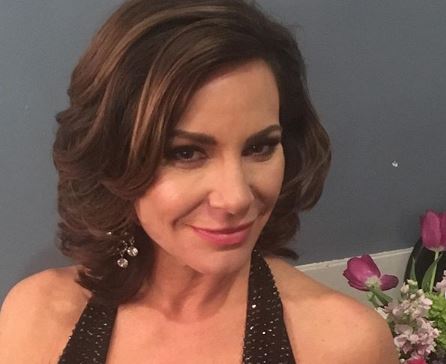 Tonight on Real Housewives of New York, the ladies dropped yet another bombshell. We’re only two episodes in but the drama is intense! On her road to relapse, Luann De Lesseps revealed she hit up multiple friends for a six million dollar donation to purchase a mansion in upstate New York.

Luanne would do anything to buy that house

“I was willing to sell my soul for that house,” said de Lesseps. “I was fixated.”

SkinnyGirl mogul Bethenny Frankel revealed that de Lesseps obsession got so bad, that when Frankel turned her down for the cash, de Lesseps began bashing her.

“Bethenny is a bad friend because she won’t give me six million dollars,” Frankel recalled hearing.

All of this lead to Frankel and few other close friends, including newcomer Barbara Kavovit, organizing an intervention.

“I got power of attorney and we were literally blocking calls and responding to her emails,” said Kavovit. “Disregard that last email!”

Sadly, de Lesseps’ obsession over the lavish mansion in upstate New York led to a showdown with her children. To stop their mom and her manic behavior, they filed a lawsuit to stop the sale of her Sag Harbor, New York home. The issue has since been resolved and we saw de Lesseps speaking with her daughter Victoria in episode one.

de Lesseps checked into rehab for a fourteen-day stint shortly after the lawsuit was filed. She admitted to drinking two bottles of rosé, drowning her devastation over the matter. Frankel, Kavovit and her friends intervened on her behalf, hoping to get the Countess back on track.

Though de Lesseps seems back to her normal cool self in the first two episodes, she is not in a good place with all of her fellow housewives. Ramona Singer questioned de Lesseps commitment to the recovery process.

“Fourteen days? That sounds like a vacation,” said Singer. “Trust me, she’s not ok.”

With the majority of season 11 in front of us, we’ll see which Housewife has the last word. Make sure you don’t miss new episodes of The Real Housewives of New York on Bravo on Wednesday nights.