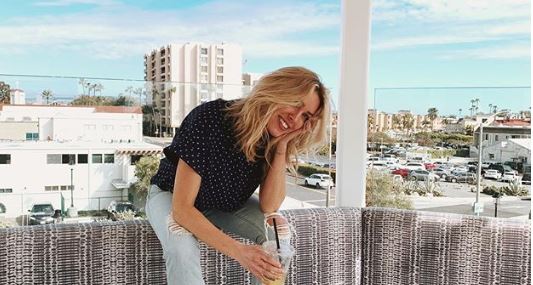 Cassie Randolph, 23, sent shockwaves throughout Bachelor Nation last week when she broke up with Bachelor Colton Underwood, 26. This lead to his now infamous fence jump. In light of Colton’s heartbreak, last night, he sent home the other two finalists, Tayshia Adams and Hannah Godwin. For the first time in Bachelor history, the leading man ended up with no one prior to the final rose ceremony. Colton did still end up with the girl, though.

Sometimes it can be hard for me to find my words (as you all have seen haha)… it’s so easy for me to over-analyze and get in my own head, especially when my feelings are overwhelming or when big things are happening so quickly. So, here goes my attempt to put the past 6 months into words 🌹 Stepping out of the limo on night one, I had no idea what was in store for me. The saying “God always has bigger plans in mind” has never felt more real to me than it does now. I’m honestly holding back tears as I write this, trying not to get too sentimental as all the memories and emotions flood over me while I reflect on this whole experience. I am unbelievably grateful for every single relationship that was formed with 29 amazing women, Colton and all the crew involved. It was a truly unique adventure that I got the extraordinary opportunity to experience. Everyone who has been beside me throughout these past 6 months (during filming and post), has helped me grow in ways that I couldn’t ever have imagined. I’ve learned things about myself, relationships, and life in general, that I would never have known otherwise. Thinking back to before I was cast on The Bachelor S23, I get chills realizing just how crazy it is that ONE THING has the potential to change life SO MUCH. ♥️ This past week, I took a much-needed break from my social media. I was allowing the opinions of others, and their sometimes cruel speculations, really get to me. That brings me to perhaps the truest, most impactful thing that this experience has taught me: to stay true to myself. Being real is something we ALL owe to ourselves. Regardless of the outcome, that is the one thing we can do to guarantee no regrets… to make the best decision we can in the moment. 🥂So cheers, my friends (and trolls) to The Bachelor S23 finale… may we all live and learn, be humble, and most of all, forever remain open to learning. Thank you for the opportunity to share with you all a glimpse into some of the most pivotal moments of my life. So far 🙂 #thebachelor

Was Colton there for the right reasons?

Speculation has run rampant among fans about whether Cassie went on The Bachelor franchise for “the right reasons.” These theories were exacerbated by several women in the house reporting to Colton that Cassie and her fellow contestant, Caelynn Miller-Keyes, specifically discussed their ambitions to be The Bachelorette in a conversation that was not captured on camera. Caelynn explained they were just best friends and wanted positive things for each other. Cassie got the boy, but Caelynn isn’t The Bachelorette.

An especially eye raising piece of evidence was Cassie’s post-breakup interview on last night’s episode. In it the blonde expressed eagerness to “move on with her life.” Even Chris Harrison pondered whether Cassie was truly interested in a relationship with Colton. Yet, the last shot of the episode was Colton speaking with Cassie once again, to tell her of his ultimate decision and ask to move their relationship forward. They are still together so far. It wouldn’t be shocking if an engagement came soon.

Cassie’s time on Young Once

Web sleuths have found further validation of Cassie’s unwillingness to commit. Due to her time on another reality television show, Young Once fans found a fast split of hers. Young Once is a docuseries about Christian teens living in Southern California. Cassie was on this show before The Bachelor.

On the show, Cassie dated a fellow Biola University student, Caelan Tiongson. During Season 1, Caelan had the opportunity to play basketball overseas. He decided that he would decline the opportunity in order to continue his relationship with Cassie. Colton’s willingness to give up all that comes with being The Bachelor is apparently not the only time that a man has given up future plans in pursuit of Cassie’s heart. However, despite Caelan’s commitment to Cassie, the pair broke up in Season 2. Upon the airing of the split, fans were quick to note the striking similarities between the Young Once video and her dramatic separation from Colton. Both replete with “I don’t know”s and confusion. For comparison, the two videos are provided below. First, is Colton being dumped.

The above video shows Colton Underwood getting dumped. The other video can be seen on Reddit. They do look a lot alike.

Following the announcement of Cassie Randolph’s presence on The Bachelor, Caelan released a statement via Instagram about their relationship. He stated, “Both Cassie and I made mistakes in our relationship, but I think we’d both agree it dragged out much too long anyways. This is because I persistently pursued a reunion and she knowingly kept the door open at times because of indecisiveness, neither of which matters because it has been over for good since before she went on The Bachelor. However, it can be said without a doubt that her and I were not a fit for each other.”

This post has raised additional questions about Cassie, as the dynamic sounds like an echo of her situation with Colton. Fans point to a potential pattern of behavior. This may indicate that Cassie Randolph is not interested in a long term relationship at this time. This made them question her reasons for competing on a show that is focused on an eventual proposal. She won the show, but a proposal hasn’t happened yet. Colton is obviously head over heels for her.

Caelan shares his side

Regardless of Cassie’s ultimate motives, Caelan expressed his support for Cassie Randolph in light of the criticism, saying, “Nobody has the right to tell her whether or not she has good intentions. So although the full truth may not be out…not everybody’s business needs to be on reality tv. Cassie will eventually explain her side and I endorse whatever she says because there is no reason for her to hide the truth. I wish her nothing but success and happiness moving forward. He went on to explain the reason he posted. He said, “I post this because of the outlets who reached out to hear “my side” and because I heard Cassie was receiving a lot of negativity for our past relationship. I thought this would be the best way to preserve the truth and encourage the trolls to check themselves before tearing down a good human being.”

Fans will have to wait until they update fans again to discover what the future holds for her. They can also always check out Reality Steve. Don’t miss The Bachelorette when it starts airing in May.