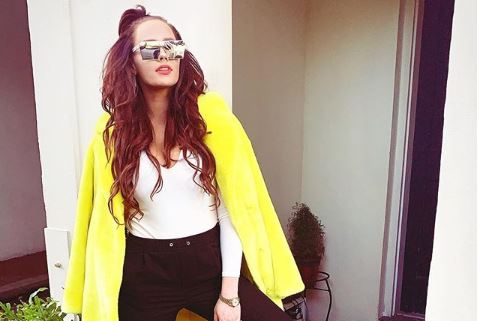 The drama between this couple

According to reports from former nanny “Dawn,” Ravenel was often belligerent and aggressive. It was one evening when Ravenel allegedly attacked and raped Dawn. Ravenel then allegedly tried to bribe Dawn with $200,000 to keep her quiet. It was after the horrific incident that Dawn called her ex-husband and sister. She was shaken and badly bruised. She immediately reported the attack to the police. The police took Ravenel into custody and charged him with first-degree rape and assault.

It is reported that Thomas Ravenel would drink heavily and mix prescription medications. When he would drink, he allegedly mixed medications like Viagra or Klonopin. He drank so heavily that he would vomit in his bed or down his side table. The nanny recalled one day Ravenel so was upset with how dirty the home was and pushed over bookshelves. He was never violent toward the children. Kathryn was, however, allegedly abused in the relationship. Dawn witnessed Ravenel abusing Kathryn. It was his erratic behavior and violent outburst that frightened Kathryn. Dawn also allegedly saw Ravenel throwing an ashtray at his girlfriend.

How are Kathryn and Thomas now?

Kathryn has left Ravenel but now fights for custody of her children. Kathryn and Thomas have two children Saint and Kensington. Dawn was hired to care for the two children. She was referred to as “Nanny Dawn,” on the show. When Kathryn was pregnant with Saint she recalls her drinking. It’s in a statement to People Magazine, that Dawn says, “It was during her early pregnancy, and it wasn’t very many times. But I recollect very clearly was that Thomas bought the alcohol and handed it to her.” Kathryn denies the allegations.

It was in November that the court date was scheduled. In season five Kathryn and Ravenel received 50/50 custody of their children. It also in Season Five of Southern Charm we see the couple set up for Saint’s birthday party. It was during the reunion that speculation circled around Ravenel’s return. Right now, it is unclear if Ravenel will return after the serious charges. Bravo has no made a statement on whether he will return for season six.

Make sure you catch Season 6 of Southern Charm when it returns to Bravo.

Kendall Jenner On Her Hands And Knees At Met Gala
‘GH’ Spoilers Rattle Fans — Is Ava Leaving Port Charles For Good?
Khloe Kardashian, Not Good Enough To Get Invited To The Met
Khloe Kardashian Poses Nearly Nude On Instagram
‘SW’ Christine Brown In Touch With Her Evil Inner Villain?