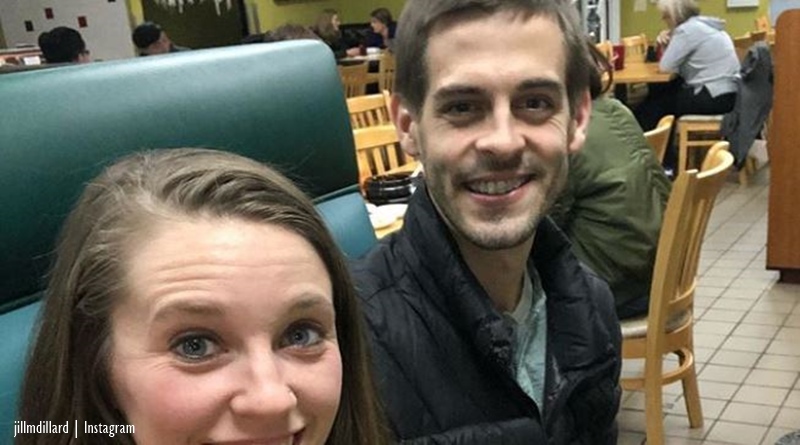 Counting On premiered it’s 2017 season with the focus on Derrick Dillard’s health. Now, turning 30-years-old on March 9, we find out that the same health issue still plagues him. Two years ago, he did seek help but it seems nothing really changed for him. It was closer to three years because the show airs after real events. At the time, Derick was 27. In her Instagram post on Saturday, Jill said they still “haven’t figured [it] out.”

Derrick had a number of health issues a few years ago. Some bones in his face were broken for an orthodontic procedure. That was years ago and he still wears the braces.  He came back from El Salvadore looking thin as a rake and fans were quick to point out he did not look well.

Another issue he suffered from with his health, is that when he exercises he retches and gags a lot. Apparently, he struggled with it since his teen tears. Over two years ago, on Counting On we saw Jill and Derick talking about his doctor’s visits. To recall, the Duggar family doctor could not figure out exactly what was wrong. Derrick has also previously seen a specialist but to no avail.

In a later episode of Counting On, we got to witness the unpleasant heaving and violent retching Derick experiences. The doctor sent Derick off to see an allergist, hoping to pinpoint the problem. It turned out Derick is sensitive to loads of things like certain plants, trees, milk, and more.

The allergist thought he may have eosinophilic esophagitis, and the symptoms include gagging. Derick was referred for sublingual immunotherapy. After that, we never really heard much more about it. Now, on his 30th birthday, it rose again after a fan asked Jill about his health.

#done First run after #30yearsold for @derickdillard (and first run of the year for me! Ha!) 🏃🏽…….🏃‍♀️ ⬅️and that’s how it looked most of the time 😂 #happybirthday babe! 💕🎉🎂🎈#grandmahasthekids #30thbday

To celebrate Derick’s birthday on Saturday, Jill posted up a photo of her and Derick. She explained that they went for a run. Well, a walk, run, walk type of run. Someone asked if Derick still struggled with his gagging thing and if it had been resolved. In reply, Jill said, “still haven’t figured out the gagging issue, but have found a few things that help a little…carbonated water (e.g. LaCroix) helps a little after meals, but not with running.

Jill also asked fans of Counting On who may have some good ideas to contact her via their blog. What do you think about the problem which plagues Derick Dillard’s health? Have you got any ideas on what could help him? Sound off in the comments below.