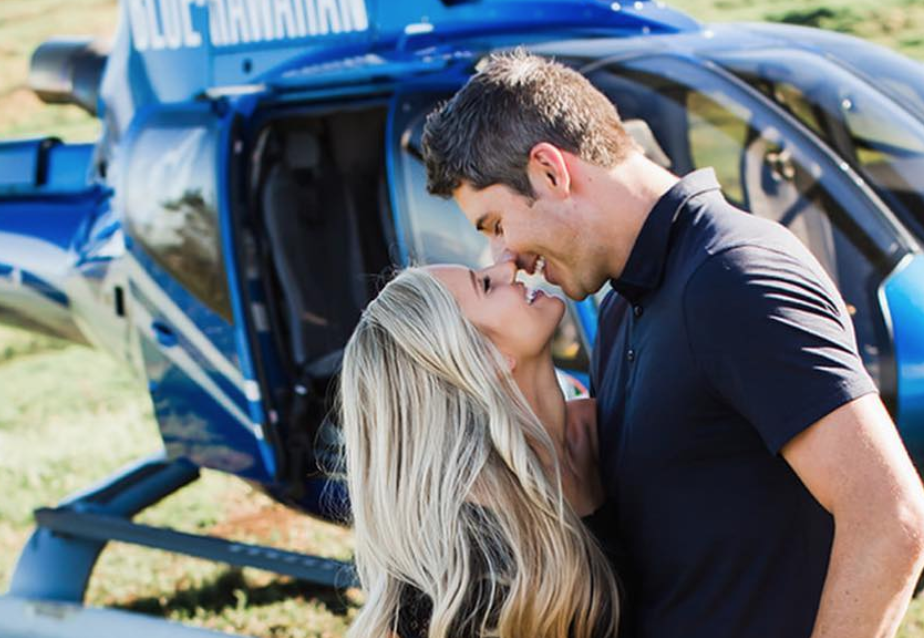 Lauren Burnham and Arie Luyendyk Jr. were at one time one of the most controversial Bachelor couples. After Arie left Becca Kufrin for runner up, Lauren, viewers were outraged. He broke Becca’s heart, but in the end, all three of them ended up happy. Now, Lauren and Arie have a lot to celebrate after only a year since their engagement.

The Bachelor Couple Celebrates One Year

Lauren and Arie have accomplished a lot since their time on The Bachelor. Not only did they get engaged a year ago, but they got married and are now expecting a baby girl. However, this didn’t stop Lauren from celebrating with an adorable post according to US Weekly.

In the post, Lauren admits she knows their relationship is unconventional. No matter how much hate they got or how unconventional it was, in the end, they are happy. That’s what’s most important!

A year ago today I got engaged to the love of my life while the world watched. Our story is pretty unconventional, but it’s ours. Grateful for @bachelorabc bringing us together, because he’s the best thing that ever happened to me. Happy engagiversary babe. xo

Just last season, Arie dumped Becca Kufrin to go back for Lauren. Despite his actions, viewers seemed most mad about the manner in which Arie handled the situation. They filmed the whole break up so everyone watched Becca get her heart broken. It was for the best though since she is also now happily engaged.

In January, Lauren and Arie had an intimate Hawaii wedding officiated by Chris Harrison. Now, their new baby girl is almost here and life seems to be great for them. They did get their happily ever after.

The question is, will Colton Underwood get the same love out of The Bachelor?

Colton Underwood on ‘The Bachelor’

Colton’s time on The Bachelor is just about up. This week, he confessed his love for Cassie, but she didn’t really reciprocate. While there are many predictions and spoilers as to what will happen during the finale next week, it won’t be for certain until it happens on TV.

Colton seems farther away than ever to getting an engagement. Even though that’s what he really wanted after this, it looks like he may give that up to be with the girl he loves.

What is your favorite Lauren and Arie memory? Let us know your favorite Bachelor moment. Be sure to tune into The Bachelor next Monday night. The two night special will reveal if Colton is able to find love!