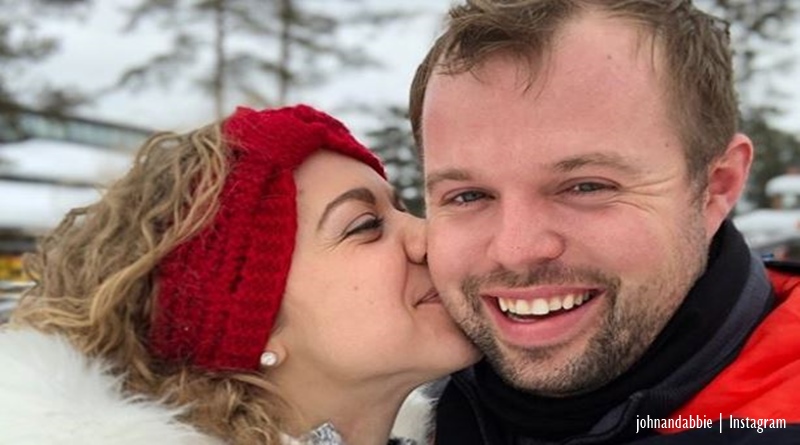 Counting On fans decided Jinger and Jeremy Vuolo fell into second place behind John David and Abbie Duggar in the cutest couple ratings. In fact, it looks like the couple might now topple the rest off the ladder as fan-favorites. Commenting on the photos they posted up about their Finland honeymoon, fans went crazy with happiness over the radiant couple.

Counting On couple John David and Abbie are simply the cutest

Hardly anyone comes up with bad things to say about the couple who married in early November. TLC, who makes the Counting On show, aired a special on the wedding later that month. In the current season, we saw John David propose to Abbie Burnett. Before the season started, the newlyweds jetted off to Finland for their honeymoon. Now, in an Instagram post, the couple shared a few pictures, and they look radiant.

Obviously, pictures of them before the current season also emerged and John David really turned on the smiles. In fact, they both seem deliriously in love. Actually, that’s normal in newlyweds, but John’s face literally shines. Fans of the show love the way they seem to make each other so happy. Prior to this wedding, Jinger and Jeremy Vuolo were firm fan-favorites. Now, it looks like they just lost that crown.

Over on Instagram, many fans asked them why they chose Finland, which seems like a magical place. However, more of them commented on how good they look together. A few fans of Counting On started to suggest they are totally the cutest Duggar couple. Others joined in and it looks like it’s unanimous folks! Heres what some of them had to say about the lovely couple:

We had so much fun on our Finland honeymoon! There’s nothing like going on new adventures TOGETHER!

It’s not hard to fall in love with young couples in love, and it looks like Counting On fans are doing just that. The current season of the show premiered on February 11. That means fans can hopefully look forward to seeing much more of John  David and Abbie Duggar in the coming weeks.

What do you think of fans deciding they’re the cutest couple on the show? Do you think they are the new fan-favorites? Sound off your thoughts in the comments below.

Remember to check in with TV Shows Ace often for more news about Counting On.

Tiffany Franco Smith Goes In For Huge Surgery – What For?
Tori Roloff Says Matt Is Very Controlling – Here’s Why
Savannah Chrisley Gets Scolded By Fan For Wearing Barely Nothing?
Wait, Why Isn’t A New Episode Of ‘Extreme Sisters’ On?!
Proud Mama Jill Dillard Bragging About Samuel’s Huge Accomplishment