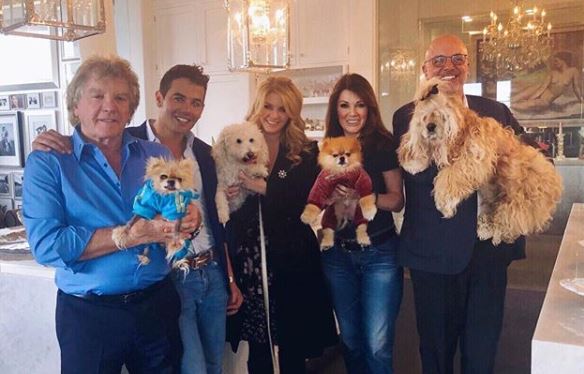 Many cheers are in order! Vanderpump Rules and The Real Housewives of Beverly Hills star, Lisa Vanderpump, is celebrating two pretty huge milestones. Vanderpump Dogs has officially had the doors open for two years now. Not only that, but within those two years, nearly 900 dogs have found love in their furever home.

Together We Can Make A Difference

A recent Instagram post on the Vanderpump Dogs account says, “2 YEARS…. 900 DOGS ADOPTED TO FOREVER HOMES…. and we’re just getting started!!!! Thank you to all of our amazing followers, supporters & dog loving friends for the continued support in helping us create a more humane life for ALL dogs, worldwide. Together we can make a difference!”

A post shared by The Vanderpump Dog Foundation (@vanderpumpdogs)

Dr. John Sessa, Executive Director of The Vanderpump Dog Foundation, also took to social media to celebrate. His caption reads, “Happy two year anniversary to [Vanderpump Dogs] – we have saved so many lives and made such a difference in such a short time! Here’s to the staff and rescues who make the place what it is! I am so proud to be a part of this amazing team!”

Vanderpump Dogs officially opened doors two years ago on March 2, 2017. Within their first year of business, nearly 500 dogs were rescued and adopted to a new home. We also learned last month that a Vanderpump Dogs rescue facility is set to open in China in the coming months.

Emma Johnston Gives Fans A Vote For Her New Hairdo
‘Extreme Sisters’ Teaser: Brittany And Josh Have First-Ever Awkward Solo Date
Tammy Slaton Might Be In Legal Hot Water: Wait, Is She Being Sued?
PBS Reverses ‘Sanditon’ Cancellation: Series Renewed for Seasons 2 and 3
‘KUWTK’ Fans Joke That Khloe Kardashian Is ‘Not OK’