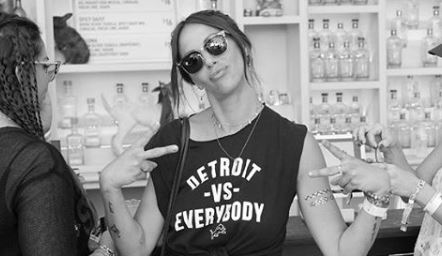 Vanderpump Rules star Kristen Doute is extremely devastated after her beloved Yorkie was terribly attacked by a pit bull in Los Angeles. Her dog’s name is Gibson and they were simply just in the dog park. For any dog owner that is one of your biggest fears. It was definitely one of Kristen’s.

Kristen states that her trainer was simply taking Gibson for a walk in the park when another dog came up and bit him. At the time that this happened, Kristen was out of town celebrating for her birthday. How scary! The worst part is she couldn’t even get ahold of the other dog’s owner, they had given her trainer a fake phone number. That isn’t stopping her though, she is still trying to track down the owner. She wrote on Twitter that “Gibson just got bit by a pit bull at Barrington Park in West LA. If your dog requires a muzzle KEEP THE F**KING MUZZLE ON THEM AND DO NOT LET THEM OFF LEASH. I am disgusted by this owner who also gave our trainer a fake number. We know who you are and you are done.”

Nashville, you so pretty 😎🎸

Is crazy Kristen here to stay?

Kristen had to have been terrified, along with her trainer! There has been a lot of drama on this current season of Vanderpump Rules, but surprisingly Kristen hasn’t been the start of it all. However, crazy Kristen did come out when they went on a girls trip. Right as she started drinking a lot, fans and co-workers knew it was over for her. She was super regretful the next morning, however. Hopefully, crazy Kristen is not here to stay.

Everyone is super excited for both of the engaged couples this season. There are Jax and Brittany and also Lala and Randall. Who are you wanting to see engaged next? Rumors are that it will be Stassi and Beau. No one gets tired of the drama on this show.

On tonight’s episode of Vanderpump Rules, we’re gonna see Tom Sandoval surprisingly get in an argument with his partner’s wife, Katie. What starts it? Stay tuned and find out on Bravo tonight on Vanderpump Rules.