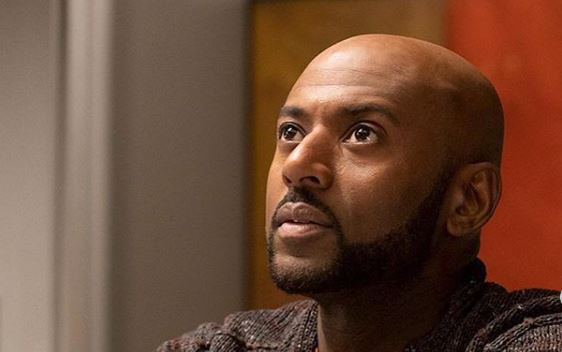 I had mixed feelings about last night’s A Million Little Things finale. Initially, it seemed a bit too anticlimactic. Instead of racing to write my weekly post at 10 PM EST, I needed to sleep on it.

Reading DJ Nash’s interview with Deadline today but everything in perspective. (If you haven’t read it yet, I highly recommend you do.)

“We did every single thing we could do to downplay it and make sure it was authentic,” says A Million Little Things creator DJ Nash, speaking of the role that the terrible events of September 11, 2001, played in tonight’s Season 1 finale of the ABC drama.

Nash worked closely with a consultant, who verified the idea of survivor guilt. I accepted everything in the “Goodbye” episode except:

It seems a bit too coincidental and cliche that Rome meets and befriends Barbara Morgan’s son PJ in the hospital. I would have preferred that the young man Rome interacted with was not related to the Barbara storyline.

I am curious why Barbara’s son’s middle name is after Jon and yet he’s not named after his (supposed) birth father Dave. Could Jon and Barbara have been intimate once when they were grieving for Dave and consoling each other? Although Jon doesn’t seem like the kind of man that wouldn’t have remained a part of his son’s life unless Barbara wouldn’t let him because she was starting over with Mitch.

@lizzy_greene: you are beautiful inside and out. Love this photo. Your TV mum still has some sh&t to tell her daughter ! @heydjnash: Thank you for including me in this very special project and Thank You to our Audience for tuning in even though we still haven’t told you what the F Barbara Morgan is up to !!! It has been so touching to hear from so many of you and learning about your personal struggles. Like Delilah, we are all imperfect and vulnerable human beings. It is the first time that I’m on a show that resonates with so many on a personal level. To our cast & crew: you are all very special people who’ve become beautiful friends, even @mrgiuntoli (who inspired me with his last post) Friendship really is A Million Little Things … and one of them is finding the courage to have the uncomfortable conversations and sharing our vulnerabilities -so Thank You all for your support. We hope you enjoy the Finale and Merci Beaucoup for watching our show ♥️

Speaking of namesakes, I really wish Sophie would have grown up knowing who her Dad named her after. (Even if Jon wasn’t able to go into the full story with his family and only let her know she is named after someone who saved his life at some point…) It also would have been cool if Sophie was the older neighbor Dorothy that lived in Jon’s secret apartment.

I had two favorite scenes last night. Katherine telling Hunter that she turned down partner and he was the firm’s second, or maybe even third choice, was classic. I’m a huge fan of Eddie’s (or really David Giuntoli’s handsome face) so I initially didn’t care for Katherine. I did warm up to her a bit the past few episodes observing what a great mom she is to Theo and learning more about the full situation being married to an alcoholic, immature musician. It wasn’t until last night that I became “Team Katherine.”

The other scene was when Gary explained to Maggie his last interaction with Jon. It was so poignant and touching and expresses that men too have real friendships, deep emotions and experience loss and regret.

“…while I started thinking I was telling my story, what I’ve realized is we’re telling our story, and there is something universal about this,” said Nash.

What are we going to do for the next seven months until Season 2 of A Million Little Things starts? The rest of the final scene between Eddie and Katherine confessing has already been shot. PJ’s investigation into who he really is will coincide with Delilah welcoming her new baby as Eddie attempts to reconcile with Katherine.

Will Delilah struggle with post-partum depression? If so, maybe Rome and Maggie will be able to help her. Will Delilah learn from PJ the detrimental side of not telling a child who their real father is? Will Regina change her mind on motherhood after seeing Delilah’s baby born? What are your thoughts for possible Season 2 storylines? Share your thoughts in the comments below. Don’t miss AMLT when it returns in the fall.