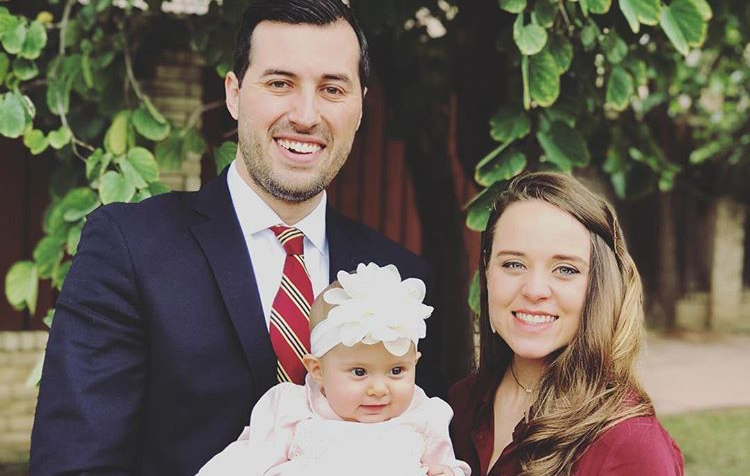 One of the Duggar girls is always pregnant, right? If not, rumors are flying about possible pregnancies. Duggar fans are always wondering which of the ladies will be next to have a baby. Most recently, Jinger Duggar is rumored to be expecting.

If you take a look at any of the comments on Jinger Duggar’s social media posts, you will see where the speculation comes from. Her fans are always asking if she’s pregnant again.

It has also looked like she is hiding a baby bump in some photos. Fans are quick to pick up on these possible hints. They always leave comments asking if she’s expecting.

After a Valentine’s Day post that sparked more speculation, she specifically said that she isn’t expecting. Jinger Duggar addressed these pregnancy rumors, saying that she is “#NotPreggers“. Still, the rumors keep coming.

What is Jinger Duggar doing about the rumors now?

Well, it seems as if Jinger Duggar is fed up with the rumors again. She has heard enough of her fans asking about a possible pregnancy. After all, she is bound to announce a pregnancy when it’s time.

On the most recent episode of Counting On, Jinger Duggar makes a point to address these rumors. She says,

“I stopped drinking coffee not for breastfeeding or being pregnant but because it was affecting my health. So, I have cut back on coffee. But who knows what mom life will end up doing to me. I think I might end up slipping some in here and there.”

After enough speculation, she probably got tired of the questions about a possible pregnancy. She figured it was better to just talk about the real reasoning and move on.

To us, it sounds like she has a very good reason for avoiding coffee. We’re glad that she’s taking control of her health! From the looks of her Instagram account, it seems like she’s been doing a good job.

It’s unclear whether fans will stop asking about her possible pregnancy. Maybe they will start speculating about another Duggar woman, especially with John and Abbie Duggar’s recent wedding. Plus, fans can stay busy keeping up with Jessa Duggar’s pregnancy for now.

Do you think that Jeremy Vuolo and Jinger Duggar will be adding to their family soon? Let us know in the comments! Don’t miss the Duggars on Counting On on TLC at 9/8c on Monday evenings!