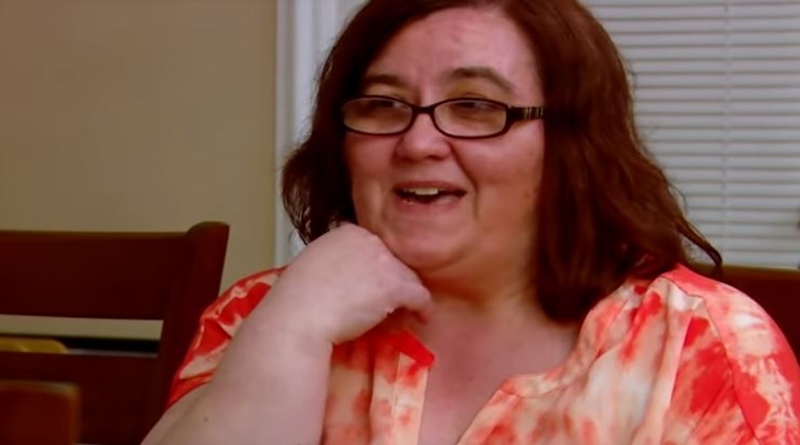 90 Day Fiance alum, Danielle Mullins Jbali celebrated multiple birthdays last week and many fans congratulated her. However, a few trollers stepped in to try and ruin her special day, and she slapped back at them. Of course, some of her faithful followers also stepped in to defend her, but it seems she’s quite capable of speaking for herself.

Back in 90 Day Fiance Season 2, the TLC show brought the meeting and marriage of Mohamed and Danielle to viewers. After meeting through a chat room, they liked what they saw and became engaged. Mind you, their relationship turned sour very fast, as Mohamed got into texting other women after they got married, and he also lied about having a job. He also became upset when he discovered Danielle was not financially well off.

Within a matter of months of obtaining his green card, Mohamed did a walkout and left her unhappy and sad. Mohamed originated from Tunisia. Of course, fans of 90 Day Fiance know or suspect that sometimes the only reason foreign people date and match-make with Americans is to get that precious green card. And yet, some stories do get a happy ending. After Mohamed left, Danielle tracked him down eventually, angry that he used her to get into the USA. She also filed for an annulment.

This year, Danielle celebrated multiple birthdays and last week saw a fun event. She took to Instagram to share that she celebrated the birthdays of her middle daughter Kylee, her grandson Greyson, and her own birthday. She explained that “Kylee’s Birthday was last Friday, my grandson’s is this Friday and mine is Sunday.” However, what should have been a special day to celebrate with her followers became marred by trolls.

In the photos that Danielle shared on Instagram, it showed her with her cute grandson, and she held up a yummy looking cake. Many 90 Day Fiance fans did share their congratulations, saying things like, “What a beautiful picture. Happy Birthday & Best Wishes to you all.” Others also chimed in, with some chatting about the cute little boy, the delicious looking cake, and of course, lots of best wishes for many more.

Had a birthday celebration for me, my middle daughter @kyleewyley and my middle grandson Greyson. Kylee’s Birthday was last Friday, my grandson’s is this Friday and mine is Sunday.

The trolls come out and Danielle Mullins Jbali slaps at them

Who knows what motivates trollers on social media? It seems unbelievable that anyone would find something nasty to say to someone celebrating family birthdays. However, they did, and some comments were not repeatable. Some body-shamed her, while others were downright filthy. Some followers urged her to ignore the haters and not respond to them. Actually, she did mention that it was “a celebration for birthdays,” adding, “I did not eat the whole cake for myself. There were 8 other people that ate the cake too.”

However, eventually, Danielle tore into one troll who kept bringing up her ex, Mohamed. She wrote, “do you realize that this is a celebration and you can have cheat days, also I am not eating the whole dam cake and what does this post have to do with my ex?”

Well, good for Danielle Mullins Jbali for telling them off. How awful to try and ruin some’s special day. What do you think about her standing up for herself and saying it like it is? After all, it had nothing to do with her ex. Sound off in the comments below.

Remember to check in with TV Shows Ace often to stay up to date with news about 90 Day Fiance.

Carlin Bates DRAGGED For Making Everything About Herself
Matt James Reveals Intense Pressure To Choose Black Woman
‘Welcome To Plathville’ Preview: Max Calls Moriah Out On Her Risqué Clothing
Wait, Kim Kardashian’s Met Gala Hair Cost How Much?
Jim Bob Duggar Predicts Insane Number Of Grandchildren He Could Have