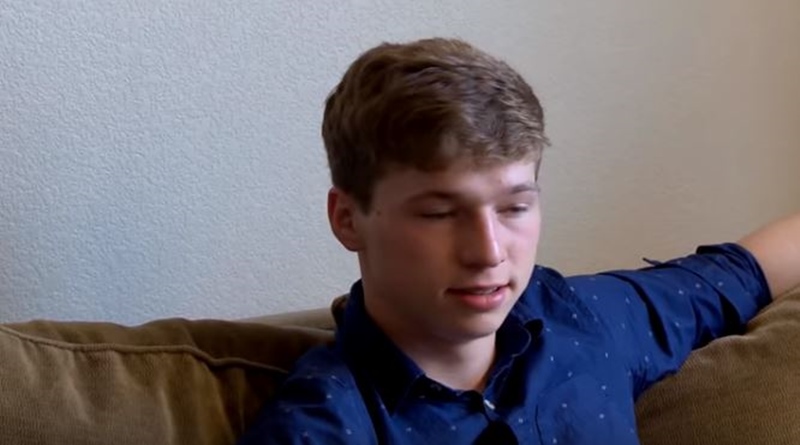 Sister Wives aired Sunday night, and the time came to tell the kids about the proposed move to Flagstaff. During the episode’s airing, Gabriel, the son of Janelle and Kody Brown was bashed by his dad on Twitter. Fans bashed back at him over calling out a kid on social media.

The Sister Wives family already headed to Arizona where they rented and purchased properties. However, the current season takes us back in time, to when the decision-making process started. However, many fans of the show felt that the wives, Meri, Robyn, Janelle, and Christine really had no say in the matter. They particularly did not like the way Kody sounded like the order-giver and put his women down when they objected to the move.

Nevertheless, Kody got his way and they all relocated. However, along the way, they needed to break the news to the kids. Gabriel, in particular, worried his mom Janelle. She told Kody she would “not pull Gabriel out of his junior year in high school.” Kody did not like that at all and said that he might lead the family to “places they don’t wanna go. But I’m going to lead.”

Gabriel unhappy with the move, and Kody bashes him on Twitter

In the show, Janelle’s joined by Gabriel who really comes across as upset. In fact, Gabriel said that he’s “really just like fuming inside.” He added, “For me, this move is just awful.” Fans of Sister Wives liked that he came over openly about his feelings, especially as at his age, it can’t be easy on camera. They also feel that any young person would feel the same way about change at a vital point in their young lives.

However, Kody seems not to understand that and he called Gabriel out on Twitter. In his post, he wrote, “Gabriel is being extremely dramatic. I get it! It’s hard to move away from home. There important things at stake here. It is sad.” Of course, putting your wives down on television is one thing, but aiming at a teen on social media hardly went down well with followers of the TLC show.

Gabriel is being extremely dramatic. I get it! It's hard to move away from home. There important things at stake here. It is sad.#sisterwives

Irritated and appalled, many fans of Sister Wives bashed back at Kody. Here are a few extracts of what they had to say about his attitude:

What do you think about Kody Brown saying Gabriel’s being “dramatic?” Do you think it was wrong of him to call out his son on social media? Have your say in the comments below.

Remember to check in with TV Shows Ace often to stay in touch with news about Sister Wives.