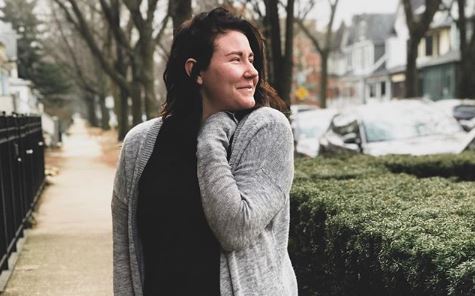 The exciting news is out today that Mariah Brown and her girlfriend Audrey Kriss are now engaged. They have always seemed like an amazing couple. Now, Mariah shared on her Instagram that they are engaged to get married. It is time for another Brown wedding!

The news came out from an amazing picture that Mariah Brown posted on her page. She posted the picture along with the caption, “Forever sounds just about right to me💍.” It looks like Audrey might have been the one who popped the question. There was a large group of people there to see the proposal as well. The look of happiness on their faces is priceless.

Forever sounds just about right to me💍

After Mariah Brown revealed to her family that she was a lesbian, Audrey was the first girl she ever admitted to dating. That doesn’t mean that she may have not had feelings for other ones over the years. It took her mom Meri a bit to get used to the idea, but simply because her plans for the future had changed. It is obvious that Meri loves Audrey and the two get along well. Mariah and Audrey have been living together for a while.

Kody Brown has been spending a lot of money on weddings recently. He has been throwing weddings for his daughters and has done three so far. His son Logan Brown is now engaged as well. Hopefully, Kody won’t end up being the one who has to pay for that wedding. Logan hasn’t actually announced when he plans to tie the knot soon. He really isn’t on the show Sister Wives much anymore. Mariah and Audrey still film every one once in a while so this wedding should probably play out on the show.

Are you happy to hear that Mariah Brown and Audrey Kriss are engaged? Share your thoughts in the comments below and don’t miss new episodes of Sister Wives on Sunday nights on TLC. Hopefully, the TLC cameras were running when the engagement happened.