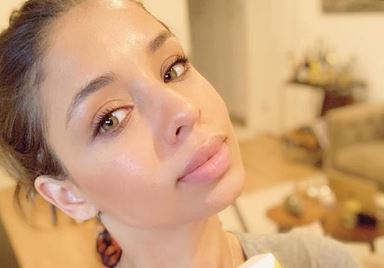 Actress Brytni Sarpy who soap fans might be familiar with from General Hospital is coming to Genoa City.  She started her soap career with a stint in Port Charles playing Valerie Spencer, a detective in 2015. Quickly she became a fan favorite.  Whether it was her connections to the famed Luke Spencer or her romances with Dante Falconeri or more recently Kristina.  She was a blast to watch in her previous role. Now she will be joining The Young and the Restless.

Sarpy begins filming this week for her new role.  She will be playing Elena Dawson.  There is no word on what will happen to her role on General Hospital just yet.  Her last appearance on the soap was in December 2018.  It is possible that her role will be phased out rather than finding a replacement for the character although actors seem to be coming and going more than ever these days.

What’s Next in Genoa City

Many fans enjoyed the actress’ performances on General Hospital.  Viewers felt that her strong performances were underutilized.  Sources are unclear who she will be interacting within her new role or what exactly her role will entail.  With a murder trial on Y&R, underway consider that she might reprise a position in law enforcement.  Fans enjoyed her in that capacity, and it makes sense based on plotlines.

In the past, many fans enjoyed the final plot twists of Sarpy’s role on General Hospital. Especially her fledgling romance with Kristina which came to a dramatic halt during her last appearances. Fans wanted to see the potential for a same-sex relationship bloom into something more.  With so many twists, turns and in-depth connections in her previous position, one can only assume that viewers are in for something exciting.  Keep a close watch on the blog for more news about her debut air date and discussions about her performance.

Valerie was a fan favorite on GH and while it is sad to see her go, here’s to hoping she makes a splash on Y&R.  If history serves, she will be great.  Congratulations Brytni Sarpy! Soap fans cannot wait to see what she has in store. Don’t miss watching General Hospital and The Young and the Restless weekdays.