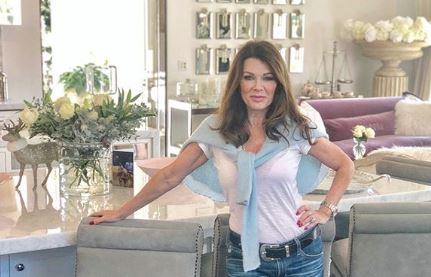 Lisa Vanderpump is already on The Real Housewives of Beverly Hills and Vanderpump Rules. A few recent cryptic tweets from Joyce Giraud have fans wondering if Lisa is getting a new show about dogs. She did open her own shelter.

Joyce Giraud put out a few new tweets that sound like she is really proud of Lisa Vanderpump for a new show. It started out with the tweet below.

My gorgeous ⁦@LisaVanderpump⁩ I’m so proud of you & can’t wait to see your new show🥰 you guys all have to watch The Most Amazing Dog In The World!!!! #MostAmazingDogInTheWorld 🐶🐶🐶🐶🐶🐶🐶🐶🐶🐶🐶🐶🐶🐶🐶🐶🐶🐶🐶🐶 pic.twitter.com/g7ZPkHZelh

This really does sound like Lisa Vanderpump got a new show, but it turns out that isn’t exactly what is going on. Next, Joyce sent out the following tweet about a show called The Greatest Dog in the World. This isn’t a show that is on Bravo or about Lisa Vanderpump, though. There is more to this story.

We all think our doggies are #TheGreatestDogInTheWorld 🤷🏻‍♀️🥰 I know mine have the best talent ever…. they LOVE us and give the best kisses 😘🥰😘
You guys have to watch on #Facebook my… https://t.co/wArt0ijl3x

What show is Lisa Vanderpump doing?

The Facebook post below reveals more about this show that Lisa Vanderpump is doing. It is not her own show, but instead, it is a Facebook Watch show where she is a judge. It is all about dogs which is a huge passion of hers, so Lisa is the perfect fit. This show is called Most Amazing Dog In The World. The first episode is already up and it can be watched on Facebook Watch. New episodes come out every week on Thursday.

So happy to be one of the judges of Facebook Watch’s World's Most Amazing Dog! It’s a new international competition show with wonderful doggies doing fabulous things! And, if you think your own dog has what it takes to win, you can audition them too! Tune-in on February 7 on Facebook Watch!

Another show could be in the works

That being said, it looks like Lisa Vanderpump could have another show that is coming. Reality Blurb shared that it sounds like her new restaurant could get its own show. Because Vanderpump Rules is such a huge success this isn’t shocking at all.

In the job listing for a position at the Vanderpump Cocktail Garden, it says you “must be willing and able to appear on television or to be filmed while performing day to day job functions” and must also “be comfortable with being on television, interacting with celebrities.” That certainly sounds like it could be a spin-off for Lisa Vandepump. If not, it could just be filmed for one of her other shows.

Will you be watching Lisa Vanderpump on Most Amazing Dog in the World? Would you like her to get another show for her new restaurant? Share your thoughts in the comments below. Make sure you don’t miss new episodes of Vanderpump Rules on Monday nights and The Real Housewives of Beverly Hills will return next week with new episodes.