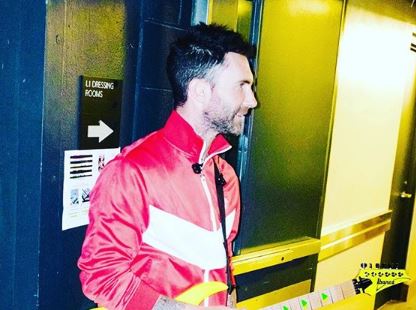 The talk before the performance

The former San Francisco 49ers quarterback Colin Kaepernick’s 2016 decision to begin kneeling during the national anthem at the beginning of games, a gesture against racism, upset everyone and started it all. Now, a lot of people felt like everyone should avoid agreeing to do this performance.

Amy Schumer turned down a Super Bowl commercial and Rihanna, Jay-Z and others said they wouldn’t perform. Kaepernick’s supporters feel like nobody should have performed this show. Cardi B did decline to perform with them during the show. Big Boi and Travis Scott will both perform. Maroon 5 did avoid pre-game press conferences, though.

Adam Levine spoke out a few days ago about the controversy of this show. He talked to Entertainment Tonight about doing the performance. He said, “When you look back on every single Super Bowl halftime show, people just can’t — it’s this, like, insatiable urge to hate a little bit. I’m not in the right profession if I can’t handle a little bit of controversy. It’s what it is. We expected it. We would like to move on from it, and like, I said earlier, speak through the music.”

He went on to explain more about how it would go down.

“They will be [heard]. That’s all I want to say because I don’t want to spoil anything. I’ve never been more excited in my life to present this to the people because I believe it’s a representation of all of us. We are going to keep doing what we are doing hopefully without becoming politicians to make people understand, we got you.”

What did Maroon 5 do at the Half-Time show?

Adam Levine started out singing their hit song Cold. The moved on to other sings just singing a medley of their biggest hits. It was basically a huge Maroon 5 concert. Next, when Travis Scott came out they decided to move on to a tribute to the man who wrote Sponge Bob Square Pants. This is Stephen Hillenburg, who passed away recently.

Then they went back to more Maroon 5 songs. Next, a choir joined them on stage to sing along. They also spelled out One Love with lights in the audience, which did impress a lot of people who didn’t feel like they should have performed. Big Boi came out to perform as well. It was actually very uneventful.

I CANT BELIEVE WE ACTUALLY GOT THAT SPONGEBOB MOMENT#PepsiHalftime pic.twitter.com/auke2S1CGw

Whose idea was it to let Adam perform with a shirt on? #PepsiHalftime

Not even a choir can save this halftime show. #SuperBowl

They did get backlash for the fact that they were boring. Not sure what Adam Levine meant by everyone would be happy with their performance. Maybe he needs to explain that one to everyone.

What did you think of the Maroon 5 Super Bowl Half-Time show? Share your thoughts in the comments below.