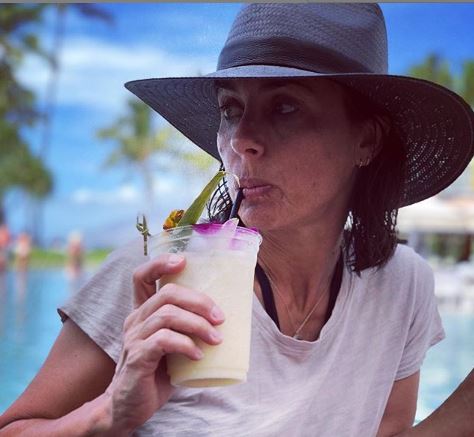 Tonight is the night! We’re all on the edge of our seats waiting for A Million Little Things to return. It must be such a revealing episode that Canada decided NOT to air it last night as it was originally scheduled to. That doesn’t necessarily mean the spoilers and possible theories haven’t let up. If anything, they continue to get stronger and build with more fever and speculation.

Constance Zimmer, who is best known for her starring role as Quinn King in the drama series UnReal, was seen at Jon Dixon’s funeral in the premiere episode of A Million Little Things on September 26.  The unknown character made a comment to Eddie about his eulogy being beautiful when he returned to his seat.

Who was she? Coming attractions shows us that we will soon be reacquainted with her soon. Could she be identified as Barbara Morgan?  We don’t know who Barbara Morgan’s is yet or where her storyline will go, except there’s a strong chance she’s a life insurance beneficiary.

According to Bustle, “The character Zimmer plays seems to feature prominently in the back half of Season 1.”  EW did share a few photos with her character on the new episode tonight.

Trailer for tonight’s episode has clues

In an intense teaser for January 17th episode, she brushes past Ashley, telling her they do not need to talk. Later, we see her asking, “Are you Deliah Dixon?” to Delila who she clearly is aware is since she attended her husband’s funeral.

Why was she at Jon’s funeral? Who is she? What answers does she hold? Hopefully, these answers come sooner rather than later.

In the past few days, many fans have wondered if Barbara is Jon’s first wife. Others believe she is Jon’s sister. Could she be a special needs family member Jon has been supporting financially? Still, others have questioned if Delilah could actually be Barbara. Maybe she’s in the witness protection program?

For those worried that Ashley is the character who is “gone,” Bustle has also revealed that Christina Ochoa who plays Ashley said, “It’s her history that will eventually explain where she’s coming from with her actions…We’ll reveal a little bit of her backstory as we start, not justifying, but explaining some of the actions that she’s taken so far,” She did promise that Ashley’s story will start being put into place soon.

Make sure you don’t miss A Million Little Things when it returns tonight with new episodes.