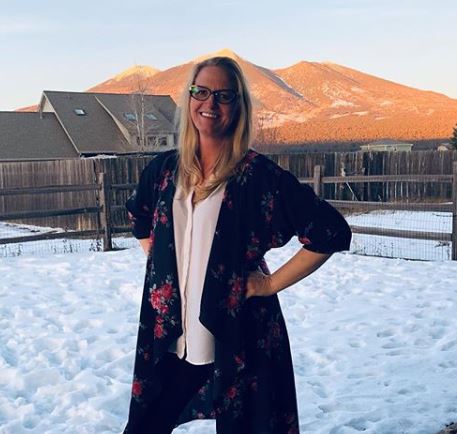 Fans of Sister Wives love Christine Brown. She is one of Kody Brown’s four wives. It turns out that she just set up a big meet ‘ n greet. This was to be a fundraiser but was also a chance to meet Christine. This doesn’t happen very often.

Christine went to her Instagram to share all of the details. She called it Ireland’s Dream Fundraiser. It turns out that Ireland’s dad is a doctor who treats one of Christine Brown’s daughters. She has started selling LuLaRoe clothing just like Meri Brown does. This big event was a pop up with a lot of items for sale.

Some fans got the chance to meet Christine Brown of Sister Wives while at this event. She doesn’t really do this kind of thing often. If you want to meet her or one of the other Brown wives, keep checking their social networks. This is where the family will share about things that are coming up for them.

It is almost time for a new season of Sister Wives. This will start airing on January 20, 2019, on TLC. This new season is going to be a bit different. The wives and Kody Brown have made the big move to Arizona. Kody’s wives went along with him and so did all of the younger children. Some of the older kids stayed behind so that they could finish college and other things that are important to them.

This new season will start on January 20 and will be full of drama as usual. It looks like all of the wives don’t agree with Kody Brown’s big decision to move, but it is happening if they like it or not.

Do you plan to try and attend to meet Christine Brown? Share your thoughts in the comments section, and don’t miss new episodes of Sister Wives when it returns to TLC on January 20, 2019, with new episodes.