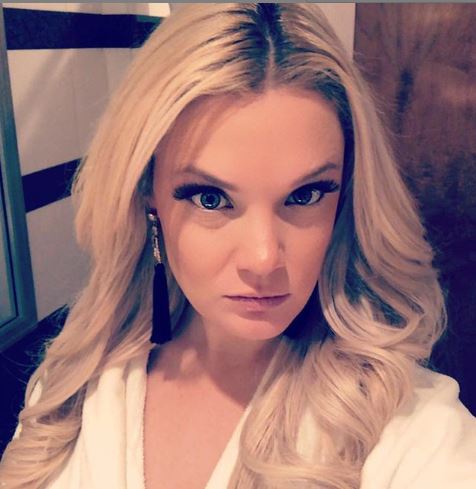 Ashley Martson of 90 Day Fiance was rushed to the hospital today after being found unresponsive at her home. Fans were really worried about her, but there wasn’t a ton of information out. Finally, Ashley went to her Instagram account and revealed how she was doing now.

Ashley shares details of what happened in this post. She actually went to her Instagram and showed a picture of herself in her hospital bed. It turns out that she was found at home unresponsive. Ashley was then taken to the hospital. She suffers from Lupus and this was the reason she had to be rushed in. It turns out that it has now caused her to have acute kidney failure. Jay is saying that he is there for her, but nobody knows for sure.

I’m sorry if this photo offends anyone but I will not hide that I’m sick. If I can help one person with lupus then posting this is worth it. I was found unresponsive this morning at my home. The Ambulance took me to the hospital where it was found that I am in acute kidney failure due to lupus. I will begin dialysis shortly. I will not let this beat me. I know I’m strong enough to battle through this,not just for myself but for my kids. I will be transferred to another hospital this evening that is better equipped. Please pray for myself and my family as I know it’s going to be a very tough road ahead for all of us. Thank you for your continuous support and prayers #ashley #lupus #kidneyfailure #90dayfiance #tlc

Ashley Martson is going to have to start going to dialysis soon. This is a scary time for her, but she seems to be standing strong. They are also going to put her in another hospital so that she can receive better care for what is wrong with her. She is asking for prayers at this time.

This couple admits that they should have waited until longer to get married. At the reunion show, they were arguing, but Jay kept putting his arm around her anyway. They have both ignored admitting if they are together or not. Fans want an update and hopefully, it is coming soon. Hopefully, tonight at the end of the 90 Day Fiance tell-all show they will let fans know how they are doing. It will be interesting either way.

Don’t miss new episodes of 90 Day Fiance when it returns to TLC on Sunday nights. This week you can see the final part of the big tell-all show.