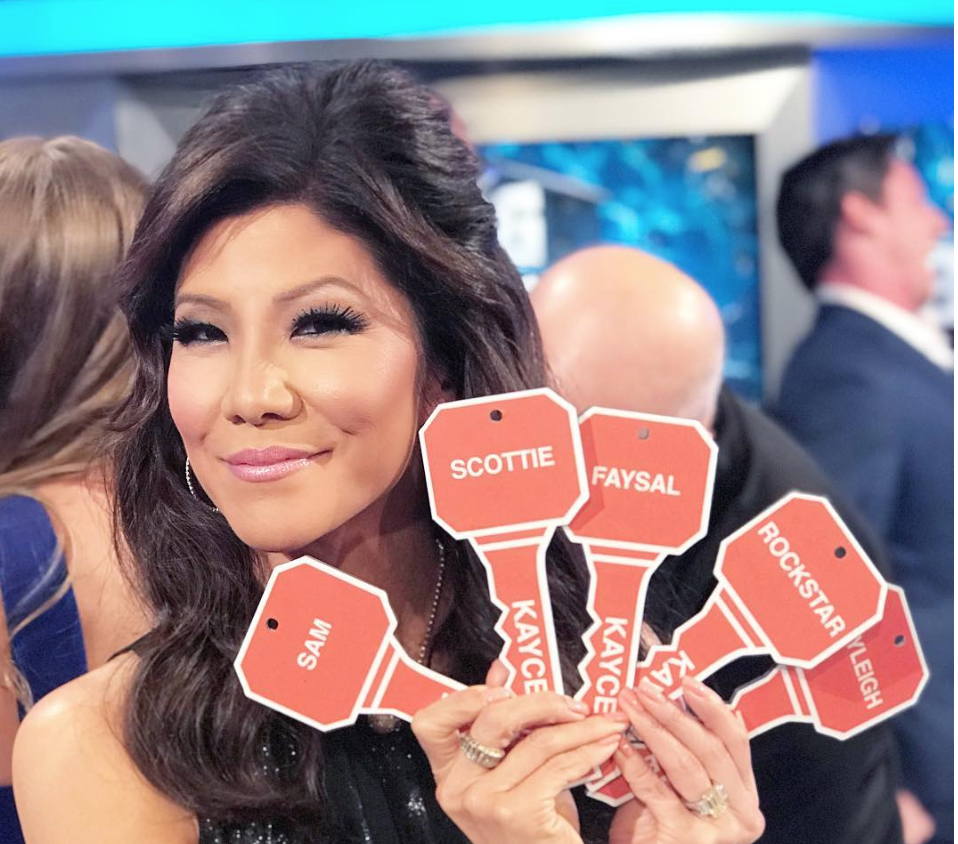 There has been a lot of speculation on if Julie Chen would be returning to the Big Brother stage this year, and she cleared that up herself on Instagram. Julie’s husband was recently involved in a sexual misconduct scandal with CBS. Julie stood by him, leaving some hoping she would stay away from Big Brother.

According to USA Today, Julie Chen’s husband, Les Moonves, had to resign from CBS after facing multiple harassment accusations this past September. Julie Chen stood by her husband during this time. She even signed off of one episode of Big Brother saying “I’m Julie Chen Moonves. Goodnight.” After this happened, Julie Chen did leave The Talk. She can still be found hosting Big Brother and Celebrity Big Brother as it premieres its second season.

Chen shares about her return

Julie took to Instagram showing everyone just how happy she is to be back. She captioned the post: “So excited to be back on this stage ?? who else is ready for the second season of #BBCeleb?! Double Tap if you’re counting down to the premiere on Monday January 21!”

So excited to be back on this stage 🤗🤗 who else is ready for the second season of #BBCeleb?! Double Tap if you’re counting down to the premiere on Monday January 21! 🙌🏼🙌🏼

She seems to be really happy to be back on the show, so that’s good. She’s been hosting the show for so long it would be really strange to see Big Brother without Julie Chen talking to the house guests. We will get to see Julie Chen back in action when Celebrity Big Brother premiers. Although, no one knows yet who is officially on the show. Rumor has it, Caitlyn Jenner was going to be on it but now she quit due to unfair pay amongst the cast members.

Are you happy to see Julie back at work or did you want her to stay away? Let us know what you think in the comments and be sure to watch the new season of Celebrity Big Brother. There’s already been plenty of drama with the cast list, the actual season is sure to be an entertaining one.