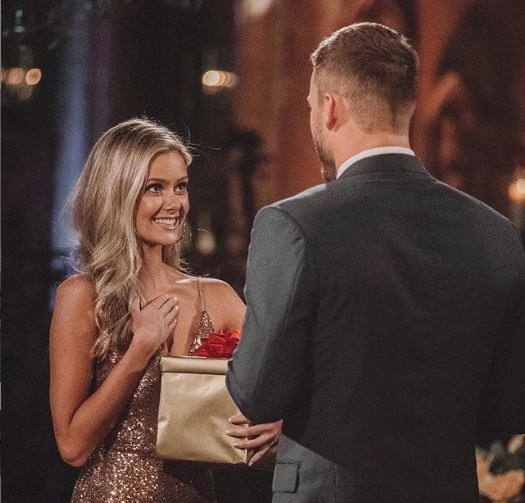 We have two Hannahs on this season of The Bachelor with Colton Underwood. On Arie Luyendyk Jr.’s season of the show, there were tons of Lauren’s. Now we’re dealing with Hannah’s, but don’t worry. The two are not getting confused with each other. Hannah G. is a “content creator” while Hannah B. was Miss Alabama. Two totally different girls and personalities. How does Hannah G. play out on this season though? She started off on the right foot fans say.

Who does Hannah G have a connection to?

Hannah Godwin loves quality time, it’s one of the most important things in a relationship with her. She is also a model and has made a profitable brand for herself, so imagine how busy this girl gets! Photography is something else she enjoys. Hannah is already known on The Bachelor for being besties with former contestant Danielle Maltby who was on Nick Viall’s season. Danielle also appeared on a season of Bachelor In Paradise where she had a wishy-washy relationship with Wells Adams. Viewers have yet to find out how the girls exactly became friends but they both are loved on social media. Danielle also shared her happiness for Hannah on her Instagram.

So happy the girls have been announced! I can’t wait to watch your journey on @bachelorabc my love 😍 America, get ready to fall in love with this amazing, kind, funny, sweet spirit @hannahg11 💓 #thebachelor #hannahg

Considering Hannah Godwin started with 75k followers on Instagram, she will only gain more from the show. She will also have a huge fan base supporting her the whole way through until she has to leave if she has to leave single at all. Hannah G. started off on a good note with Colton Underwood when she brought him a present after exiting the limo. They were also playing a flashcard game later that night, and who knows what was up with that. They even kissed on the first night which is always a good sign.

Viewers are super curious to see how much drama unfolds on this season, especially with ex-competitors, two Hannahs, and a bunch of gorgeous women. Fans hope to see Colton end up happy and maybe even lose his virginity. Stay tuned and watch this juicy season of The Bachelor with Colton Underwood on ABC Monday nights.