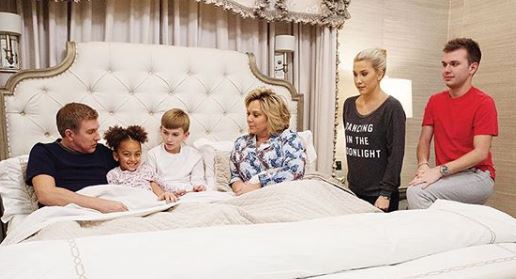 People absolutely love the Chrisley family and especially love Savannah and Chase. They love them so much that they are getting their own spin-off and fans couldn’t be more excited. This show is called Growing Up Chrisley. The two siblings make every episode enjoyable and always add humor to the family no matter the situation. Viewers who have watched since the beginning have got to see the two grow up and are so happy to see the people they have become. They have made their own businesses and now have their own show based on them.

Chase Chrisley has made candles, helped with the family smoothie business, but now he wants to pursue an acting career. Savannah has made a clothing line and now wants to step into the cosmetic industry. Now, Chase hasn’t had very much experience in the acting world so Savannah’s success rate is probably going to be higher than her brother’s. She has experienced a lot of the business world already so it won’t be very difficult for her to get it going.

Details about the first season

The season premiere will show in 2019 and will have 16 episodes. The show will reveal their new lives in Los Angeles as adults. Both of the siblings are in serious committed relationships. Chase is dating Lindsey Merrick and Savannah is dating Nic Kerdiles. Considering the two have been in the relationships for quite a while, we may be seeing the other halves on the show. Nic has appeared on Chrisley Knows Best so it wouldn’t be a shock to anyone if he shows up on Savannah’s new show.

Fans are so excited to see this show premiere. Viewers are expecting it to be one of the funniest shows they’ve seen, considering their comical past on Chrisley Knows Best. How mature are the two going to be? Or are they still going to fight with each other like they are little kids? Either way, the show will be a blast. Fans can’t wait to see where their business goals go and how they will achieve them. Watch all of this happen when Growing Up Chrisley premieres and be ready for a good laugh.