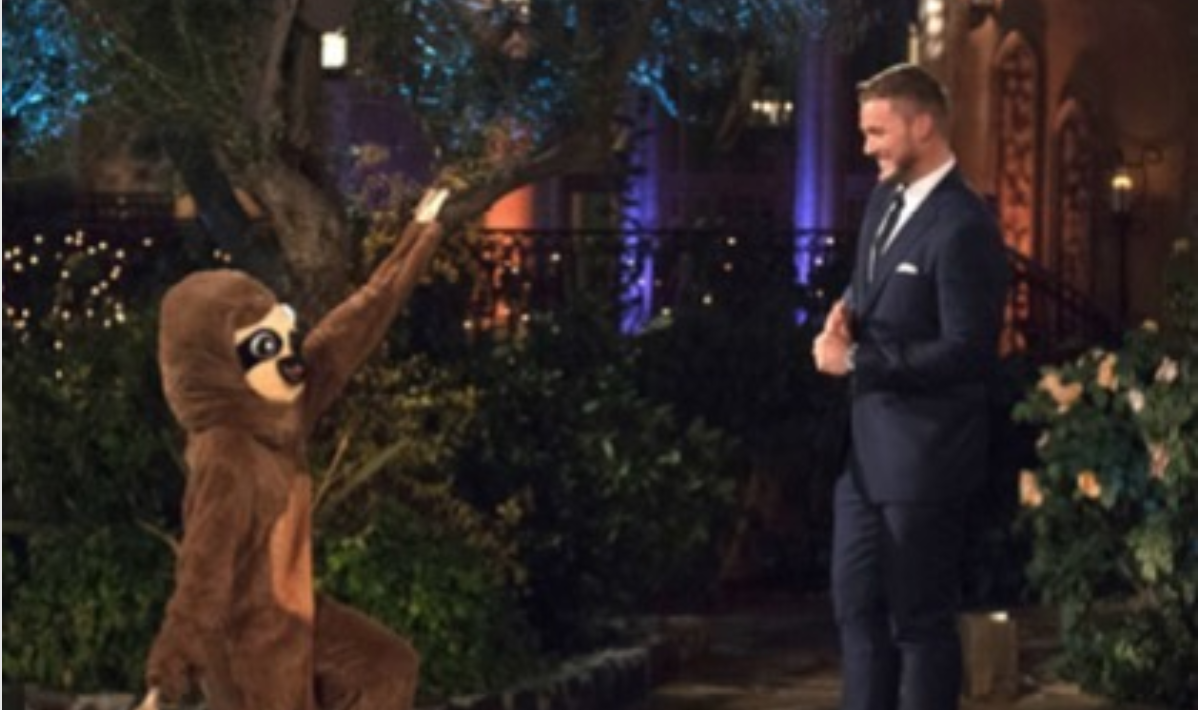 Colton Underwood’s season of The Bachelor kicked off on Monday and was full of some interesting contestants. One even went as far as to dress and act like a sloth to show Colton she would “go slow.” It was weird but did get the point across. Now, she has opened up to Cosmopolitan about several things including how stiff the competition really is this season.

‘Sloth Girl’ Opens Up About her Time on the Show

‘Sloth Girl,’ also known as Alex Dillon, dressed as a sloth and acted like a sloth all night until she got her time with Colton Underwood. Unfortunately, this wasn’t enough for her to earn her keep and she had to go home one night one.

While the sloth idea was a little odd, for Alex, it was actually a make or break for her in her future relationship. According to Alex, if Colton wasn’t into the idea then she wasn’t into him.

“This sounds ironic to say… I didn’t want to put on any kind of act. I wanted to let Colton know exactly what he’s getting into if he’d want to get into a relationship with me,” Alex told Cosmopolitan.

As for the competition, Alex says all of the girls are actually really supportive of each other even though it looked like there was a lot of drama on screen.

Which one were you last night? #TheBachelor

“I feel like all of the girls were super supportive of one another. Definitely, when you come out with that kind of impression, there is going to be some commentary, but all in all, I think everyone was pretty supportive about all of the entrances,” Alex told Cosmopolitan.

Out of everyone, Alex says the two Hannahs gave her good vibes and had great energy. One of those Hannahs got the first impression rose, so it looks like Colton agrees with her on that one.

Where is ‘The Bachelor’ alum now?

As for ‘Sloth Girl’ now, she’s still single but doesn’t regret anything except not letting Colton talk a lot. That could definitely be one reason she went home. Other girls really did let Colton open up with them on night one. Apparently, the outfit was hot but she didn’t sweat too bad. Could she be the next ‘Grocery Store Joe?’

I’m not sure if this is a surprise to anyone but for the record-I’m still single. . . . . What an amazing night! I miss Suzette the sloth dearly. 🥺🌹And shoutout to the handsome @coltonunderwood who has the patience and pain tolerance of a lion. I can’t wait to tune in to @bachelorabc every Monday to watch the journey unfold ❤️🌹#thebachelor #teamsloth

Were you sad to see “Sloth Girl” go? Let us know what you think in the comments and watch new episodes of The Bachelor Monday nights on ABC.