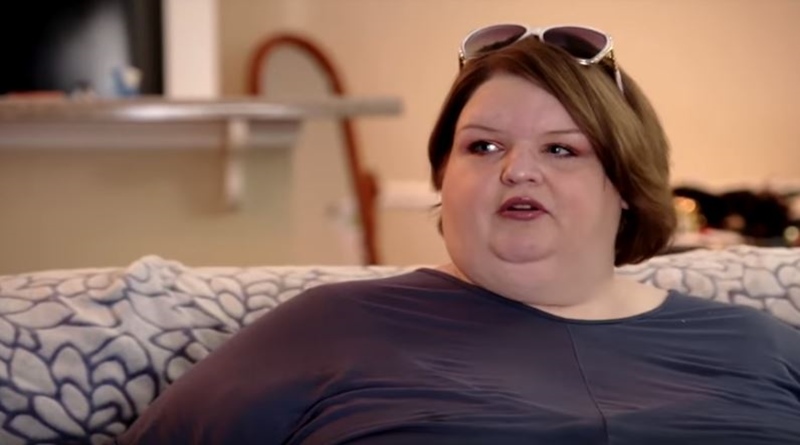 Family By The Ton debuted Season 2 on Wednesday, January 2, and Amanda Johnson’s fight for life brought out the horrific side effects of extreme obesity. Family by the Ton shows an entire family battling with their weight. In this season, cousins Amanda, Ed, Amy, and Casey make a pact to try and lose weight. Episode 1 introduced them in The Kings: A New Journey Begins.

Family by the Ton’s first episode dealt with Amanda and her life-threatening condition. Ironically, to celebrate her decision to go for surgery, the episode begins with the family making a big meal. Not only is she carrying 650 lbs. of weight, but she also has endometrial cancer. Diagnosed in 2016 of this most common form of uterine cancer, she has to lose half her body weight before she can undergo treatment. As she says, “Every day that I don’t do anything about my weight, is one step closer to the grave for me.” In fact, at this stage, she really does not even know if the cancer spread, or how close her potential death might be.

As is so often the case, unfortunately, behind the obese person lies years of childhood trauma. Plus, there seem to be a lot of enablers around Amanda Johnson. Her father did lock the fridge when she was younger, and would not let her eat at the dining table, describing her as “disgusting.” However, as an adult, she still struggles with the compulsion to eat whatever she can get her hands on. Certainly, it looks like Amanda will struggle with her food addiction on Family by the Ton.

Does Amanda Johnson have the strength of character?

Blaming the family for enabling her huge weight gain needs to be put aside and comments on social media noted her seeming lack of drive and determination. She also blames herself for abusing her body, but tears and apportioning blame won’t make Amanda better. For followers of the show, it seems her own backstory is a comforting cushion. One commenter, @SoulScr3am, pointed out that “childhood and the past is difficult. It is so easy to feel sorry for what happened and to blame parents…But the only thing that exists is ‘now’, and what awaits you in the future is what you make of ‘now’. That’s all you must worry about, because nobody will fix your past, and your memories will never be erased.”

All around this really is a tragic story. Her cousin Casey King admits that Amanda was the one who “decided to do something” about the overweight family. He admired Amanda taking a liquid diet, and then described his life. He gets up at 12, then eats, plays video games, eats and goes back to bed. No wonder he describes his life as “death.”

Fans disappointed as Chitoka Light was not the focus this episode

Not all fans who tuned into Family by the Ton liked how the King family was the main focus. Bitterly disappointed, some of them made their feelings known on Instagram. Here’s what they had to say to cousins Chitoka Light, Naomi Anderson and Drew Stewart:

What do you think about the rather tragic story of Amanda Johnson? Do you think she’s got what it takes? Will the others support her or enable her weight gain?

The next episode will air January 9 on TLC. Check in with TV Show Ace often for more news about Family by the Ton.