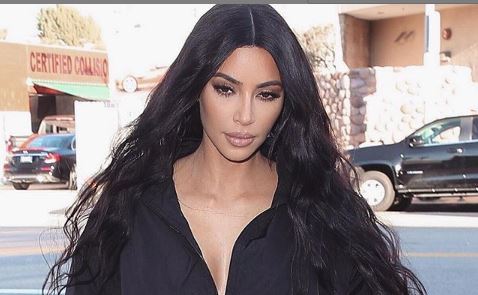 Kim Kardashian West is about to have her fourth child. This child will be via surrogate as well. Information about Kim and Kanye’s new baby is coming out now. It was already revealed today that they are going to have a boy and this was Kim’s last embryo.

Us Weekly shared the details about how Kim and Kanye made the choice to use a different surrogate this time. The person they used last time was not a family member. There were rumors they might use one of her sisters, but they didn’t choose to do it that way.

It turns out that Kim and Kanye are using a different agency this time around. That means it is someone different carrying their new baby boy. A source said the reason was that “They had some issues that came up with the last agency, especially with sensitive information being released to the public.” That is something that can’t happen with Kim Kardashian and Kanye West’s child.

Last time, they used La’Reina Haynes as their surrogate. She was even on their show, but they blurred her face out. By using someone different, they will also have a better chance of nobody figuring out who is carrying their baby.

Why use a surrogate?

Kim Kardashian West had some trouble with pregnancy. She was told by a doctor that she should not try to get pregnant the natural way again. Kim was able to have two more children by using a surrogate, though. This works for Kim and Kanye. Their daughter Chicago was born via surrogate and their new baby boy will be as well. They are very lucky that they were able to afford to do things this way and have two more children.

Are you surprised to hear that Kim Kardashian West and Kanye West are using a new surrogate this time around? Let us know your thoughts in the comments below. Don’t miss the new episodes of Keeping Up With the Kardashians on Sunday nights on E! when they return.

Amy Roloff Is Excited About Her Wedding, But Is Chris Marek?
‘LPBW’ Wait! Is Molly Roloff Headed Back To The Show?
Is That Ava Or Olivia Busby’s Squishy Face? Fans Still Have No Idea
Kylie Jenner Is The Latest Kardashian Member To Have A Crazed Stalker
Christine Brown Spills: Did Kody Almost Marry A High School Girl?!