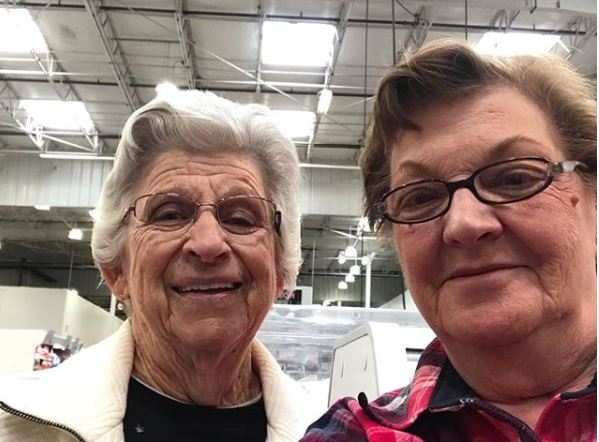 90 Day Fiance star Debbie looked great at her son Colt’s wedding to Larissa. In the pictures, she is seen walking him down the aisle. Debbie had on a pair of pants and a lot of people gave her a hard time for wearing jeans. The comments are all about how people think she could have dressed better for her son’s wedding. Debbie doesn’t seem to have a problem with the way she was dressed for his big day though.

Outfit Debbie wore to the wedding

It really doesn’t look like she has jeans, but instead maybe dress pants. Debbie also has on a pink blouse. The other thing that viewers were pointing out was that she has worn this shirt before. A lot of people wear items they have worn in the past. The 90 Day Fiance star said she had worn it once or twice. Famous people don’t wear outfits over and over again, but people in the real world do this all the time. Check out the pictures from the wedding below that Debbie shared on her Instagram.

The Wedding and behind the scenes. It was pointed out to me how tacky I was to wear jeans. I’m sorry who exactly was wearing jeans? It was also pointed out that a wore an old pink blouse, true it has been worn once or twice. I picked it because it matched Colts tie. If some people think that is awful, I don’t care. I was at my sons wedding. I was there to support his decision to Marry the woman he loves. It seems like there were only 2 Mother’s at their children’s wedding to support them.Kalani’s mother and myself. Jonathan’s mother couldn’t be there because her mother was sick. Really, I hope she is feeling better. So you can say what you will, any parent that doesn’t care enough to show up tells me a lot. I’m sorry for their children. So hate me if you must. I did and wore the right thing. Happy New Year. Be safe and be kind💕

There are a lot of comments on the post defending Debbie, but one post everyone is noticing is from Amy Schumer. The comedian and actress is obviously a 90 Day Fiance fan. She defended Debbie and what she wore to Colt and Larissa’s wedding as well. It is great to see someone say famous sticking up for her. Here is what she had to say about it when she replied to Debbie’s post. 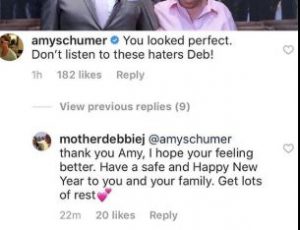 What do you think of what Debbie wore to her son Colt’s wedding? Share your thoughts in the comments section below, and don’t miss new episodes of 90 Day Fiance on TLC. They seem to always be filming this show or a spinoff.