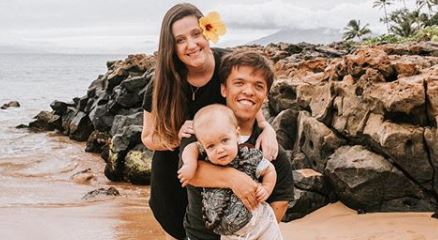 Little People, Big World is a fan favorite on TLC. This show is a huge hit, but right now it is not airing new episodes. The fans have been waiting for it to come back. It turns out that Tori Roloff recently shared on her Instagram about when the show will be back again.

When does the show come back?

On one of her posts, the fans were asking her about when the show would be back again. It turns out that it is coming back soon because they are working on filming it right now. Tori shared that they are close to being done with filming this season. Little People, Big World will return to TLC in the spring of 2019.

TLC normally airs shows around the same time each year. It would make sense for Little People, Big World to air in the spring and summer. They usually film some of the pumpkin season which would have been in October. It takes a bit of time to get the episodes ready, so this timing all lines up perfect.

Could Audrey and Jeremy Roloff return?

This means that the Roloff family is filming over the holidays. Viewers should get to see the Roloff family enjoy Christmas. Tori and Zach Roloff are still on the show. The thing is that Jeremy and Audrey Roloff decided to move on from being on reality television. They did share that from time to time they might end up being on the show if they were around anyway.

Hopefully, that means that Audrey and Jeremy Roloff will make an appearance on the holiday episodes of the show. Fans would love the chance to get to see them again. It would also be great for Molly to make an appearance as well. She isn’t on the show full-time but doesn’t seem against showing up.

Are you excited for a new season of Little People, Big World on TLC? Let us know in the comments section below and don’t miss this show when it comes back in the spring of 2019. Hopefully, an actual return date will come out soon.